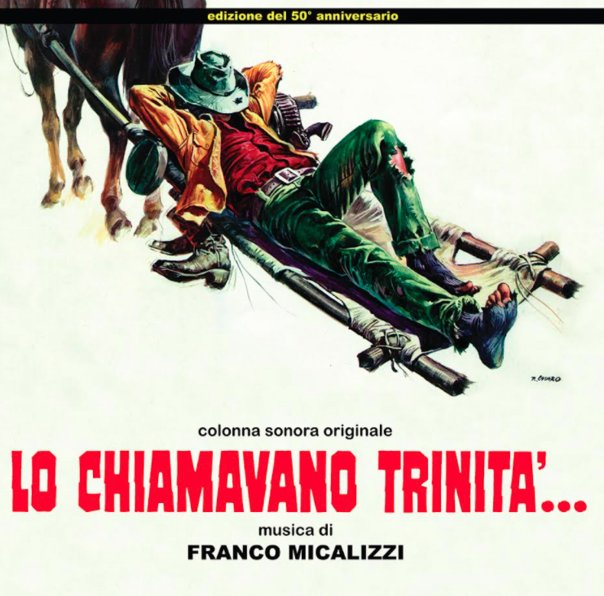 One of the grooviest spaghetti western scores we've ever heard – penned for an early collaboration between Terence Hill and Bud Spencer! The main theme "Trinity" starts off with some cool vocal backing by Alessandro Alessandroni's I Cantori Moderni, singing underneath the English-language lead vocal – and the group also make an appearance on the film's reprise of this song at the end of the movie. Other tracks mix together guitar, organ, whistling, and some other cool sonic elements that give the soundtrack a cool late 60s feel that reminds us more of some lost French gem than an Italian thriller! Titles include "Lazy Cowboy", "Un Cowboy e Due Ragazze", "Di Fronte Ai Killers", "Trinity: Con La Stella Di Viceseriffo", and "C'e Un Tempo Per Vincere".  © 1996-2022, Dusty Groove, Inc.

Formula 1 Nell'Inferno Del Grand Prix (180 gram pressing)
Beat (Italy), 1970. New Copy
LP...$29.99 34.99
One of the grooviest racing soundtracks we've ever heard – a set that's a lot more funky than some of the better-known racetrack film scores that were coming into the racks during the late 60s! The vibe here is almost a bit like some of the sound library material of Alessandro Alessandroni ... LP, Vinyl record album