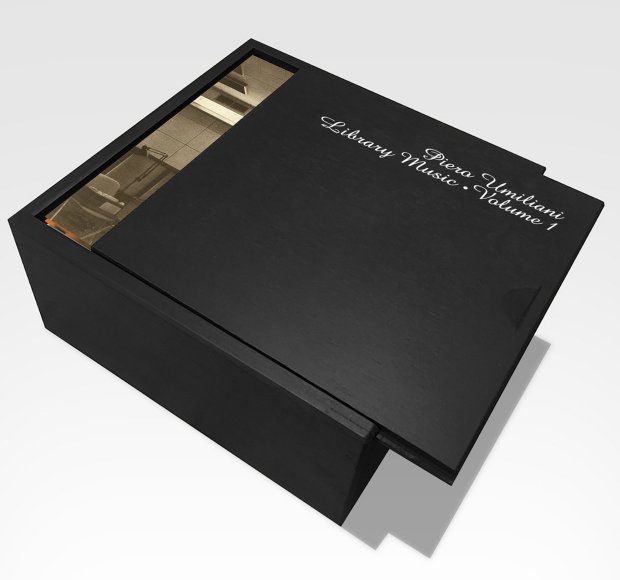 13CDs
Temporarily Out Of Stock

A stunning collection of work from the legendary Piero Umiliani – material that represents his rare sound library recordings, done after an initial rise to fame in the world of Italian soundtracks during the 60s! These recordings draw on all the musical genius and studio techniques that Piero perfected during his work on film – but the albums were all issued only as non-commercial sound library records, and never saw much circulation at the time – even though most of the sounds within are even more revolutionary that Umiliani's soundtracks! Much of the material was done in his famous Sound Workshop – and styles run from groovy, to experimental, to electronic, funk, and psychedelic – served up in different modes, depending on the nature of the album projects. Albums were originally issued on small labels that include Luito, Omega, Rovi, and Omicron – and this first volume features 13 full albums, each with original artwork – records that include Percussioni Ed Effetti Speciali, Underground, Temi Ritmici E Dinamici, Nuove Arie Romantiche, Classica Per L'Umo D'Oggi, Mondo Inquieto, Motivi Allegri E Distensivi, Discomusic, Tensione, Film Concerto, Panorama Italiano, Album Di Viaggio, and Suspence Elettronica.  © 1996-2022, Dusty Groove, Inc.
(A beautiful set – comes in a wood box, with LP-styled sleeves and a booklet of notes – numbered edition of 500 copies!)