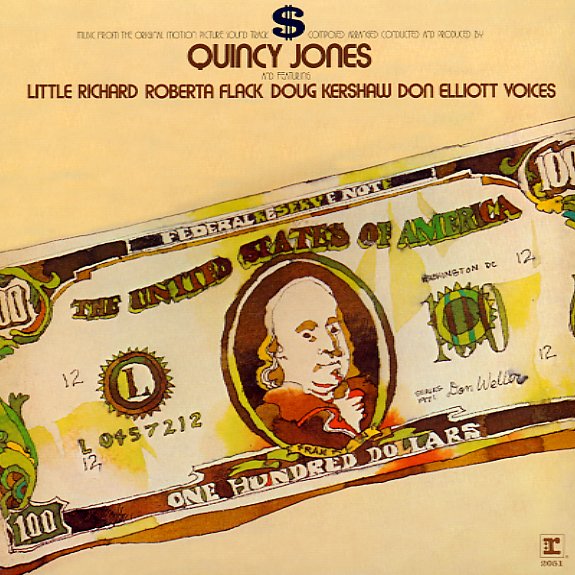 One of Quincy Jones' best soundtracks of the 70s – a massively funky record that's full of the kind of hip electric grooves you always look for on some of his other albums, but don't always find in such strong supply! The lineup here is great – wicked guitar lines from Arthur Adams and David T Walker, keyboards from Clare Fischer, and heavy drums from the great Paul Humphrey – and the whole thing follows nicely in a "Hicky Burr" sort of mode – with some especially nice Fender Rhodes moments in the mix! There's a few more complicated cuts that really round out the sound wonderfully – and the whole thing has had a heck of a lot more staying power than the film! Heck, even the appearance of Little Richard on vocals at a few points sounds surprisingly great – and titles include the classic sample cut "Snow Creatures", which has an amazing intro and a very dark mood – next to other cuts that include "Passin The Buck", "Rubber Ducky", "Money Is", "Do It Do It", and "Money Runner".  © 1996-2022, Dusty Groove, Inc.
(Indie exclusive green vinyl pressing.)