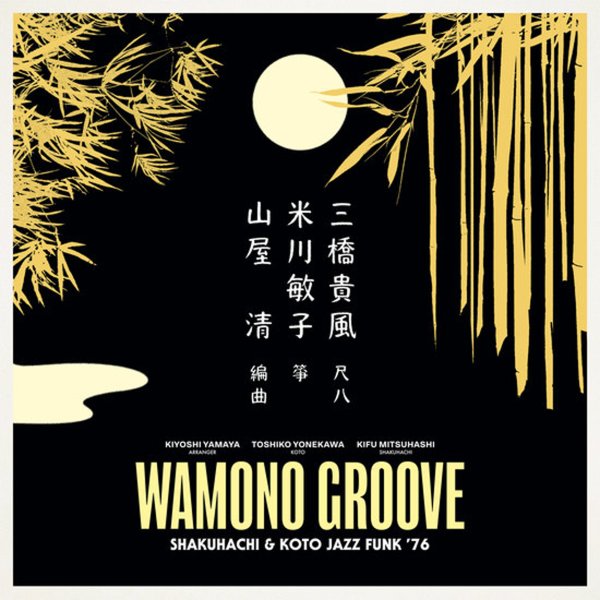 Really cool cuts from a moment in Japanese music when previous experiments started to really take off – when a 60s-originated blend of jazz with traditional instrumentation turned into a wealth of fantastic fusion records from the 70s! This set focuses on work by a very special trio of players – arranger Kiyoshi Yamaya, koto player Toshiko Yonekawa, and shakuhachi musician Kifu Mitsuhashi – who come together here on tracks pulled from a number of different albums recorded for Sony/Columbia in the 70s – often with a fair bit of keyboards, guitar, and other electric instrumentation next to the acoustic sounds of the older sources – all of which makes for this wonderful blend of modes! Most tracks are nice and funky, and have a jazz-based approach – and titles include "Konpira Fune Fune", "Nanbu Ushioi Uta", "Hohai Bushi", "Otemoyan", "Aizu Bandaisan", "Saitaro Bushi", and "Yagi Bushi".  © 1996-2023, Dusty Groove, Inc.