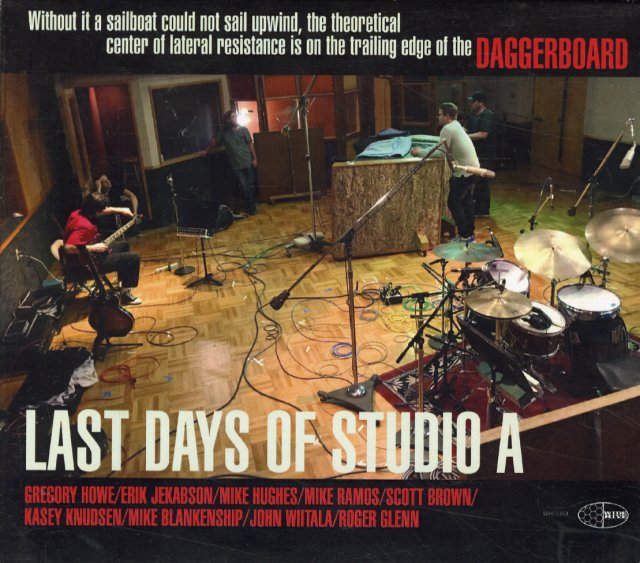 A record with a really special story, and maybe one of the best sessions we've heard from the gang at Wide Hive in many years! The setting is the legendary Studio A at Fantasy Records – where this unique group recorded the album days before the closing of that storied recording spot – working with a sense of soulful imagination that seems to channel all the greatness of the 70s jazz captured in the spot, with a lean, laidback mode that's completely wonderful all the way through! The group features key work from the mighty Roger Glenn on vibes – an artist who did some of his own great work at Fantasy in the 70s with Larry Mizell – and there's also really wonderful work on tenor and alto from Kasey Knudsen, alongside sounds from Mike Blankenship on Rhodes, and Wide Hive stalwarts Gregory Howe on Hammond B3 and Erik Jekabson on trumpet. All tunes were penned by Howe and Jekabson, and arranged by the latter – and titles include "Journey Down Parker", "Last Days Of Studio A", "Steak Out", "Heroine's Portrait", "Conducting Poppies", and "Rabbit Trap".  © 1996-2023, Dusty Groove, Inc.