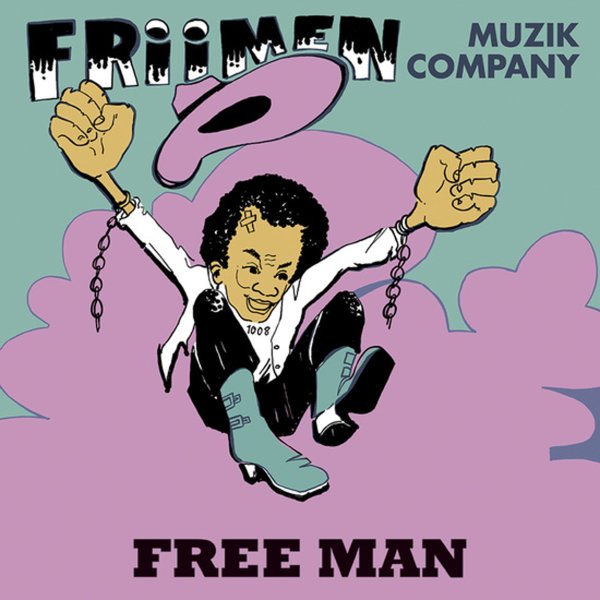 Also available
Friimen Music Company — Free Man (green vinyl pressing) ... LP 24.99
Heady sounds from Friimen – a 70s combo from Nigeria, but one who have some of the deeper, more psychedelic elements of groups from farther south on the West African scene – lots of basslines and a dubby sort of vibe! At times, the feel here is almost more like Blo or Cymande (even though the latter were UK, not West African) – funky rhythms slowed down a peg, and topped with some nicely trippy instrumentation on guitars and keyboards, sounding mighty nice next to the strange recording style of the vocals! Titles include "Funky Workshop", "You Can't Change Anything", "We'll Get Our Share", "Gimme Some Time", "Release Yourself", "Freeman", and "My Dreams".  © 1996-2023, Dusty Groove, Inc.
(Limited to 500 copies!)

Boogie Legs (180 gram pressing)
Taretone/Tidal Waves, 1980. New Copy (reissue)
LP...$7.99 26.99
Jake Sollo's definitely got some boogie legs here – more than enough to make this rare bit of Nigerian soul go head to head with some of the clubbier work from the American underground at the time! As you might guess from Jake's sense of style on the cover, the whole thing's got a tight, ... LP, Vinyl record album

Healing
Buda (France), 2018. New Copy
LP...$7.99 26.99
Killer work from a really incredible group – Soweto's Bantu Continua Uhuru Consciousness, a combo who are really rewriting the sound of Afro Funk with music like this – serving up long-jamming tracks that have a mighty fresh flavor of their own! The music isn't in a traditional style ... LP, Vinyl record album