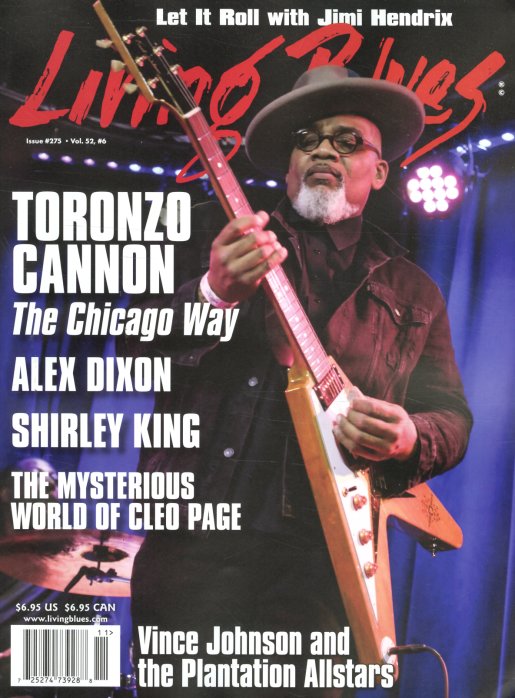 This issue features our hometown blues hero Toronzo Cannon on the cover, and in a big feature inside – and other articles include looks at the family blues tradition in Alex Dixon (grandson of Willie Dixon) and Shirley King (daughter of BB King)! There's also a strange rock feature – Jimi Hendrix in the Track Records studio in London, in December of 1966 – plus more blues-based record reviews, performance news, and radio charts – plus a look at The Mysterious World of Cali blues/soul singer Cleo Page!  © 1996-2022, Dusty Groove, Inc.