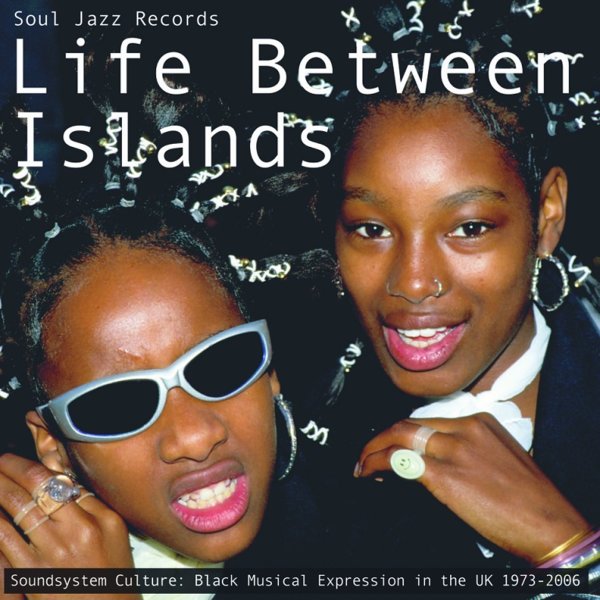 Also available
Various — Life Between Islands – Soundsystem Culture – Black Musical Expression In The UK 1973 to 2006 ... CD 21.99
A really fantastic little collection – a look at the way that sounds from the Caribbean changed over nicely when brought to the UK scene – where immigrants from former British territory really helped to transform the sound of London in the 70s! The music here is served up in a range of different styles – certainly reggae, but with plenty of funk and soul too, mixed with other elements from the islands – all brought into new play together when taken up in the UK! Right from the start, the English artists were starting to put their own spin on things – so the cuts within offer up all these great new directions – maybe even more surprises than you're used to finding on some of the other collections from the Soul Jazz label! The presentation of material is superb, and there's some very detailed notes as well – with cuts that include "No Time For Hello" by Harry Beckett, "Ooh Boy" by Sandra Reid, "Don't Call Us Immigrants" by Tabby Cat Kelly, "RK1" by The Terrorist, "Black Pride" by Brown Sugar, "Don't Let It Go To Your Head" by Black Harmony, "Positive Vibrations" by Pebbles, "Love Money" by Funk Masters, "Ragga Trip" by Ragga Twins, "Be Thankful For What You've Got" by Winston Curtis, "Fug" by Cymande, "Sticks Man" by Black Slate, "Rising To The Top" by Dee Sharp, "Misty Winter" by Digital Mystikz, "Compelled" by Cosmic Irden, and "Still In Love" by Janet Kay & Alton Ellis, and "Java Bass" by Shut Up & Dance.  © 1996-2022, Dusty Groove, Inc.
(Includes download!)