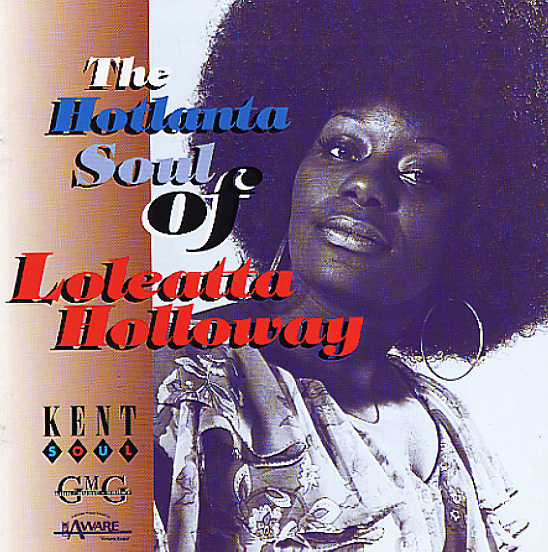 Amazing early work from Loleatta Holloway – much more deep soul than her later fame in the disco years – and a really mindblowing set overall! In the years before she became the hot club queen with "Love Sensation" and other 12-inch cuts, Loleatta Holloway laid down some of the most fantastic female southern soul of the early 70s – an early example of the growing strength of the Hotlanta scene, with a vibe that's different than more familiar modes from Memphis and Miami! The work here has wonderful arrangements, excellent production, and some really top-shelf songwriting that already shows a really sophisticated side of Holloway's talents. Tommy Stewart, Mike Terry, and Floyd Smith all had a hand in the recordings – and the CD not only features early singles for a number of labels, but also some unreleased tunes as well. 23 tracks in all – including "Cry to Me", "Part Time Lover, Full Time Fool", "Just Be True", "We Did It", "This Man's Arms", "Our Love", "The Show Must Go On", "Rainbow 71", "Merrily", "The World Don't Owe You Nothin", "Gone On That First Plane", and "Love Woke Me Up".  © 1996-2022, Dusty Groove, Inc.

Loleatta (1976) (with bonus tracks)
Salsoul (Japan), 1976. New Copy
CD...$12.99 14.99 (LP...$9.99)
A turning point for Loleatta Holloway – as she makes the move from dreamy southern soul diva to club queen of the late 70s! Norman Harris is producing, and the record has a soaring Philly disco sound that proves to be just as great for Loleatta's soulful vocals as the stripped-down southern ... CD