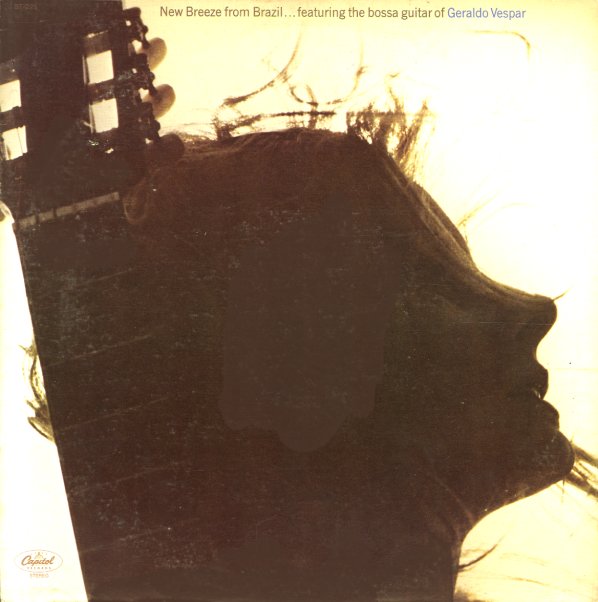 Mellow bossa guitar – in the tradition of Bonfa or Gilberto, but lacking the same sort of soul. Not bad, but kind of a "cash in on the big names" release by Capitol – although the record was originally recorded in Brazil, so it's at least got some sort of cred. Titles include "Lapinha", "Mancada", "Corcovado", "Eu E Brisa", "Sa Marina", and "No Brilhado Da Vaca", an early Wagner Tiso composition!  © 1996-2021, Dusty Groove, Inc.
(Rainbow label stereo pressing. Labels have address labels.)