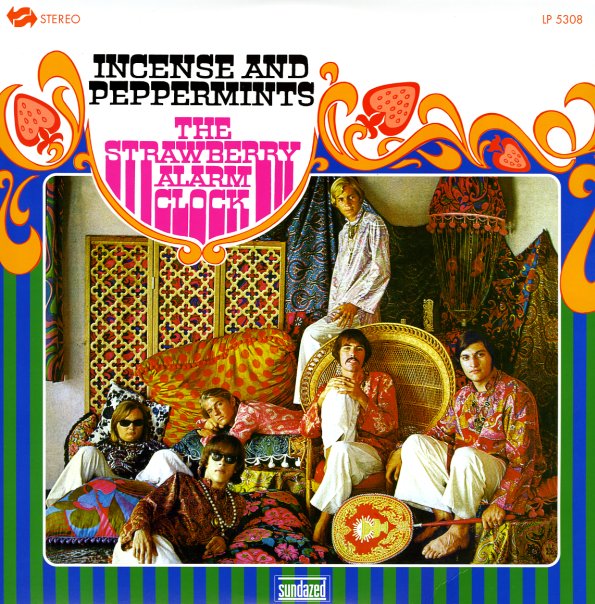 Dreamy dreamy pop psych from Strawberry Alarm Clock – a great late 60s group who skirted the worlds of Sunshine Pop and more jamming garage rock! This album's got a lot more to offer than you might guess from just the title hit – as the instrumentation sometimes gets nicely tripped out – with cool use of organ, harpsichord, and guitar – plus plenty of special effects in production – and even some of the song styles and lengths are unusual too, making the album way more than just a batch of cute little tunes. Titles include the classic "Incense & Peppermints", the 8 minute jammer "The World's On Fire", the instrumental "Pass Time With SAC", and the cuts "Paxton's Back Street Carnival", "Rainy Day Mushroom Pillow", "Strawberries Mean Love", and "Unwind the Clock".  © 1996-2021, Dusty Groove, Inc.
(Stereo pressing. Cover has a cutout hole and light wear.)

Elephant Candy
Uni, 1968. Very Good+
LP...$24.99
Very groovy work from this obscure group – with titles that include "Don't Worry Baby", "Elephant Candy", "Grooviest Girl In The World", "Sadie", "Tuesday Tuesday", and "It Must Have Been The Wind". LP, Vinyl record album