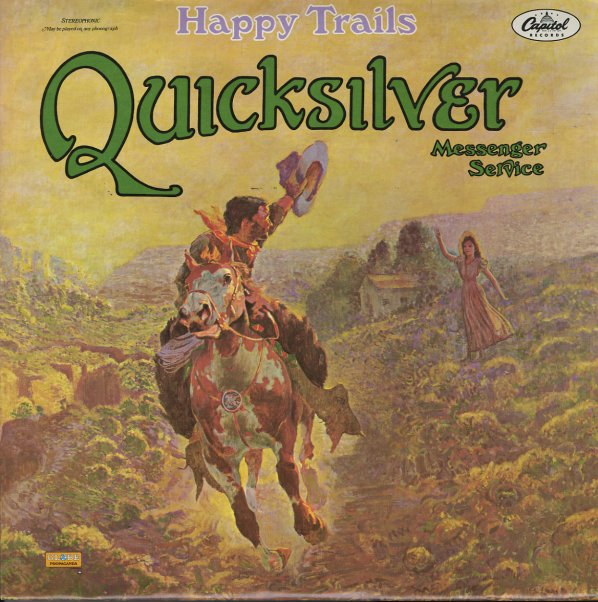 A perfect example of the jamming style of Quicksilver Messenger Service at their best – as side one features a 25 minute extrapolation of Bo Diddley's "Who Do You Love", stretched out by the group into these wicked long guitar lines and pulsating rhythms that shift nicely over time! Bo's a surprising inspiration for a group that's better known for their psych output – but their use of that track, and his "Mona", on the live recordings here really helps carve a link out of two different generations of guitar innovation – and suddenly helps us understand links between them both. The set continues with some great original numbers – the very long "Calvary", plus "Maiden Of The Cancer Moon" – as well as a cover of "Happy Trails".  © 1996-2022, Dusty Groove, Inc.