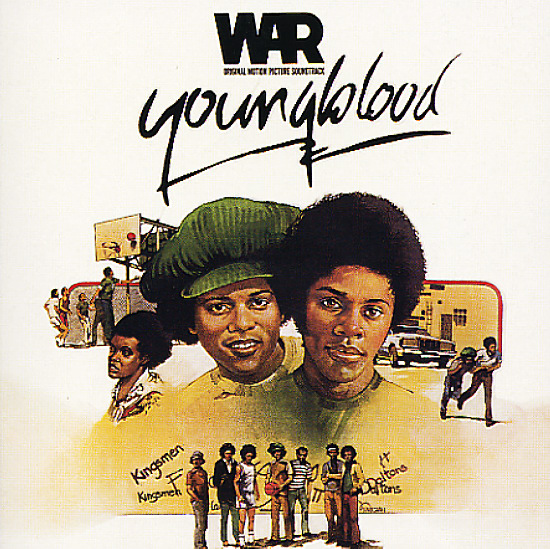 War did the music for this funky soundtrack to an early Lawrence Hilton-Jacobs film, and although most of the stuff on here is just typical War stuff, there's one track called "Flying Machine" that's a long funky chase scene-type track that's worth the price of the album alone! Other tracks include "The Kingsmen Sign", "Junk Yard", "Superdude", and "Youngblood". One of the best War LPs!  © 1996-2022, Dusty Groove, Inc.
(Still sealed, with hype sticker and small cutout hole.)

Platinum Jazz
Blue Note, 1977. Very Good+ 2LP Gatefold
LP...$6.99
Sweet jazzy work from War – a record that has them stretching things out a bit from before, and finding new ways to groove for the second half of the 70s! All the core elements are still firmly in place – that sublime blend of jazz, soul, funk, and Latin elements – but there's a ... LP, Vinyl record album