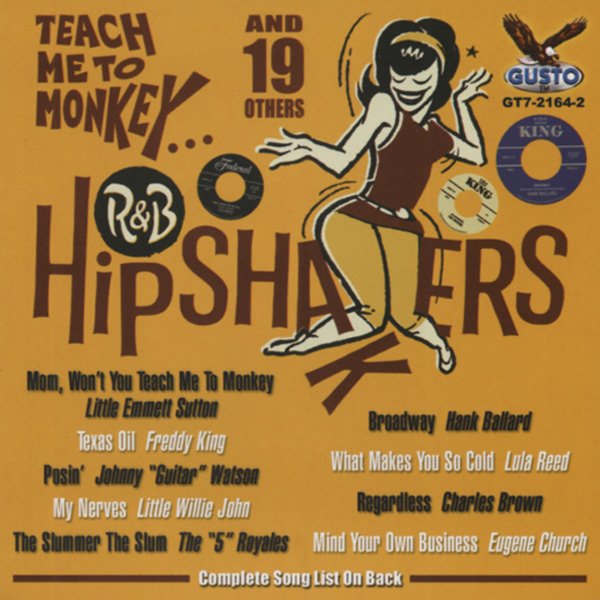 A treasure box of early 60s R&B 45s – a top shelf collection of singles cut for the King & Federal labels from 1960 to 1964 – amazing numbers from Hank Ballard, Freddy King, The Drivers, Little Bobby Moore, Willie Dixon & The Big Wheels, Johnny Guitar Watson, Carol Ford, Little Willie John and more. Early 60s soul and rollicking R&B sides to rival the best and most exciting sounds of the era – compiled by DJ Mr Fine Wine, most of which have never been reissued before now! Includes "Gibble Gobble" by Willie Wright & His Sparklers, "Broadway" by Hank Ballard, "What Makes You So Cold" by Lulu Reed, "My Nerves" by Little Willie John, "The Slummer The Slum" by The 5 Royales, "I Don't Know About You" by Lloyd Nolan, "Where You At Jack" by Little Mummy,, "That's It Man" by The Valentines, "Mind Your Own Business" by Eugene Church, "Regardless" by Charles Brown,, "Texas Oil" by Freddie King", "One Zippy Zam" by Roy Mildton & His Orchestra, "Mom, Won't You Teach Me To Monkey" by Little Emmett Suttoon, "Hog Killin Time" by Eddie Kirk and more.  © 1996-2022, Dusty Groove, Inc.