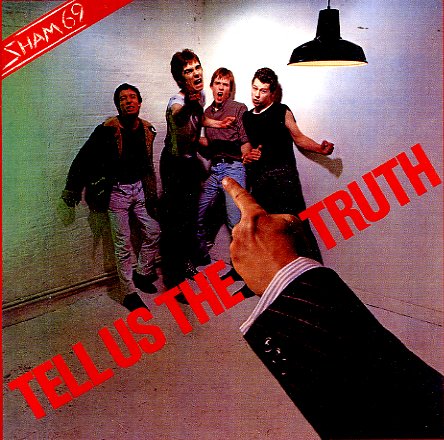 Tell Us The Truth

Working class British punk at it's brash, dumb best. We'd be stretching it a bit to rate this album a classic, but it's definitely worth revisiting from time to time, and has stood up better than a lot of other late 70s rock. Includes "Tell Us The Truth", "Rip Off", "We Got A Fight", "Borstal Breakout", "Whose Generation!", "They Don't Understand", "Ulster", "Hey Little rich Boy" and more.  © 1996-2021, Dusty Groove, Inc.

Pretenders
Sire, 1980. Very Good+
LP...$14.99
One of the greatest mainstream rock and roll debuts of all time – and a record that still blows away just about any other later work by The Pretenders! The set's got this raw, sneering power that's neither punk, nor new wave – but which seems to be very much of that moment – a ... LP, Vinyl record album