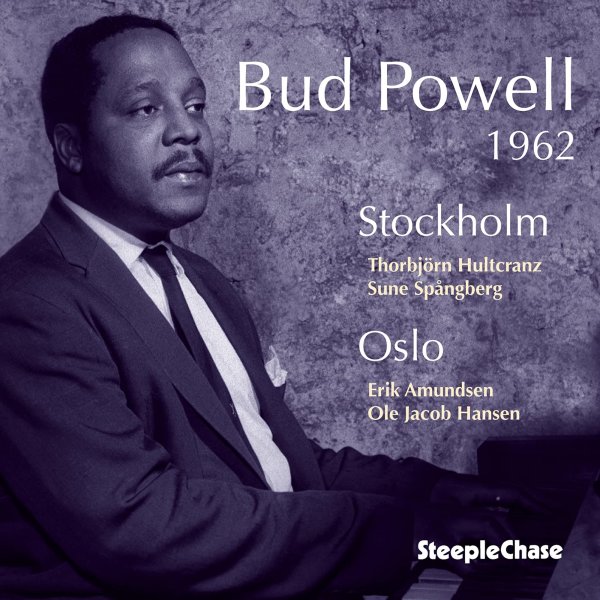 Fantastic never-issued material from legendary pianist Bud Powell – work from one of his strongest periods in the later years of his too-short life, and music that will win you over right from the very first note! The set begins with five tracks recorded at the Golden Circle in Stockholm – and there's a clarity of vision that Powell brings to the piano that he didn't always have in the 60s – this masterful command of space and tone that's nicely different than his bop years, and given perfect accompaniment by Torbjorn Hultcranz on bass and Sune Spangberg on drums – on titles that include "If You Were Here", "I Hear Music", "Someone To Watch Over Me", "Straight No Chaser", and "Hot House". The second half of the set features material from the same year, recorded in Oslo with Erik Amundsen on bass and Ole Jacob Hansen on drums – two different players than in the first trio, recorded with a different sense of sound too – one that gets at some of the warmer, more lyrical possibilities in Bud's music. Titles include "Dance Of The Infidels", "I Remember Clifford", "Hot House", and "52nd Street Theme".  © 1996-2021, Dusty Groove, Inc.

Fleet From The Heat
Steeplechase (Denmark), 2021. New Copy
CD...$16.99 19.99
Trumpeter Alex Norris has a way of making this record sparkle right out of the box – served up with all original tunes that follow a classic sense of structure, but which have this great energy on the solos that makes the album bristle with a sense of personality on every single track! ... CD

Early Spring
Steeplechase (Denmark), 2021. New Copy
CD...$16.99 19.99
Spring has come early, and maybe Christmas too – as this set from tenorist Anthony Ferrara is quite a musical present – filled with wonderful original tunes composed by the leader, all graced with these very personal lines and inflections on tenor sax! Ferrara's got a way of spacing ... CD