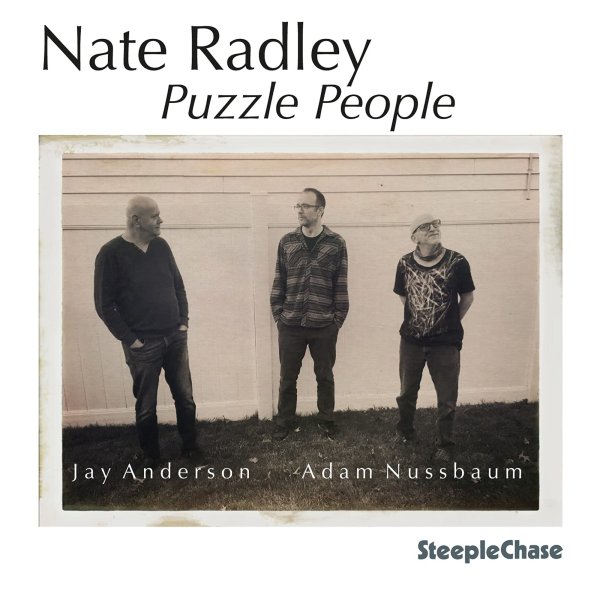 Guitarist Nate Radley works here with a wonderfully rich sense of tone and color – a mode that's explained in the notes as partly a tribute to the late Vic Juris, as Nate works here with Juris' old trio of Jay Anderson on bass and Adam Nussbaum on drums – but a quality that we're more than willing to ascribe to Radley on his own, as his sense of texture and timing here is wonderful! There's a way of handling the guitar here that's very special – an understanding of chromatic richness, but with subtle execution – so that Radley's never hitting you over the head with his sound, but also making you keenly aware that he knows just how to handle the strings to make them find their sweetest spots. As with Juris' group, the rhythm backing is nicely lean – and titles include "Invitation To The Blues", "Sing Sing Overkill", "Kamikaze Frisbee", "Puzzle People", and "The Horseless Headman".  © 1996-2021, Dusty Groove, Inc.

Contemptment
Steeplechase (Denmark), 2020. New Copy
CD...$16.99 19.98 (CD...$11.99)
There's an intensity here that we're not sure we've heard on other records from tenorist Noah Preminger as a leader – a sense of burn that comes up from the bottom, and which comes through even on some of the mellower tracks on the set – hard to peg in words, but definitely there from ... CD