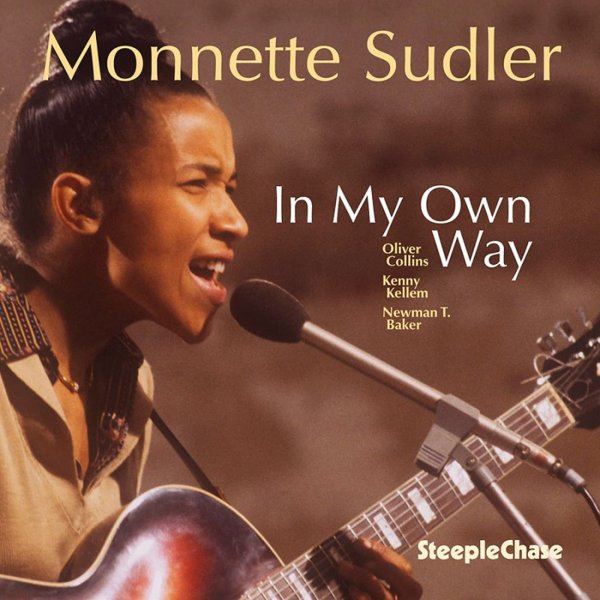 In My Own Way

A previously-unreleased album from guitarist Monnette Sudler – a really compelling player from the Philly scene of the 70s, and one whose greatest fame came from her other two albums on the Steeplechase label! The sound here is a slightly different vibe than those records – as Sudler's rich-toned guitar gets support from a group that has a gently rhythmic pulse throughout – not funky, but with this organic sense of moving forward as it works through mostly original material by Monnette! Other players include Oliver Collins on piano, Kenny Kellem on bass, and Newman T Baker on drums – and as on other records, Monnette sings a bit on the set – with a voice that's really unique, and very well-tuned to the personal vibe of her lyrics. Titles include "Fire & Air", "Thoughts", "Libra Rising"- "Message To My Love", and "In My Own Way".  © 1996-2021, Dusty Groove, Inc.

Contemptment
Steeplechase (Denmark), 2020. New Copy
CD...$16.99 19.98 (CD...$11.99)
There's an intensity here that we're not sure we've heard on other records from tenorist Noah Preminger as a leader – a sense of burn that comes up from the bottom, and which comes through even on some of the mellower tracks on the set – hard to peg in words, but definitely there from ... CD