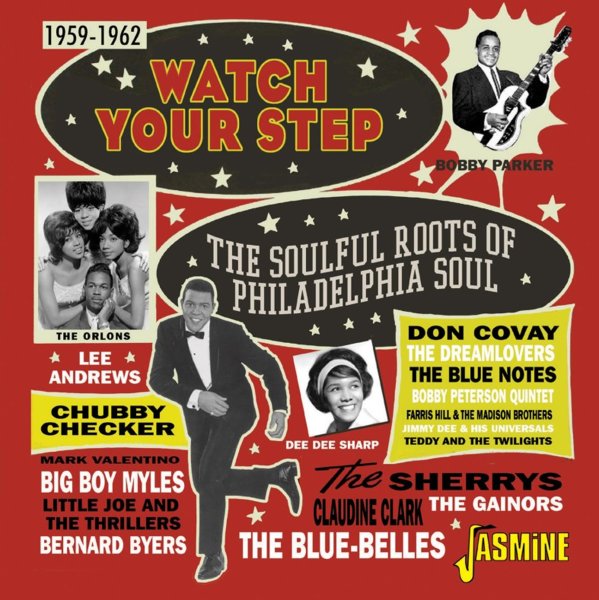 A great overview of the early days of soul music on the Philly scene – work that's very different than the smooth, sophisticated sounds the city was giving the world in the 70s! At the time of these tracks, Philly was a crucial crossroads in popular music – home to important labels, distributors, and radio stations – and a key force in turning America on to the best up-and-coming talents in rock, pop, and R&B – as well as the young soul artists you'll hear on this set! The Philly approach often makes for well-recorded, catchy tunes that still maintain a great sort of edge – the kind of singles that would instantly warrant repeated play on the jukebox, and which would sound great booming out of the speakers when they did. The set's got 29 tracks in all – with titles that include "Pop Pop Pop Pie" by the Sherrys, "The Push & Kick" by Mark Valentino, "The Popeye Waddle" by Don Covay, "If It Wasn't For Pride" by Jimmy Dee & The Universals, "She's So Fine" by Big Boy Myles, "Party Lights" by Claudine Clark, "If I Should Lose You" by The Dreamlovers, "Did We Go Steady Too Soon" by Farris Hill & The Madison Brothers, "No Time To Cry" by Bernard Byers, and "The Hunch" by Bobby Peterson Quintet.  © 1996-2022, Dusty Groove, Inc.