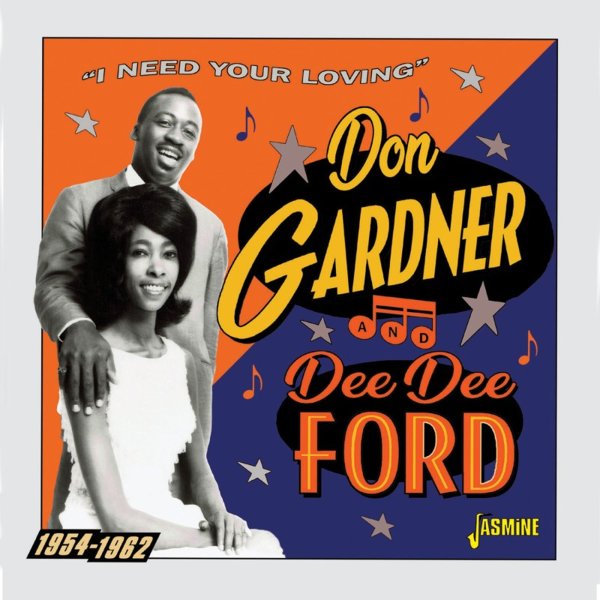 A really great collection of work from this legendary duo – a group who really helped bring the sound of the organ into soul music in the early days, thanks to some fantastic recordings like these! The set covers much more space than other Don Gardner and Dee Dee Ford collections we've seen – in that the whole first half of the record features early singles before they started recording more famously for Bobby Robinson's Fire Records label, including a lot of tracks that feature Gardner on his own, working with cool small combos on recordings for labels that included Deluxe, Bruce, and Junior – most of which have a very young Jimmy Smith handling the Hammond organ in the group! Dee Dee Ford comes into the mix on an early single for the Val-Ue label, then follows through the Fire recordings – and the set features 27 tracks in all, with titles that include "Sonotone Bounce", "Sneakin In", "I Don't Want To Go Home", "Glory Of Love", "Dee I Do", "Dark Alley", "Crying All Alone", "Tell Me", "Lead Me On", "Going Down To Big Mary's House", "Only Love Brings Happiness", "Make The Girl Love Me", and "Up The Street".  © 1996-2022, Dusty Groove, Inc.