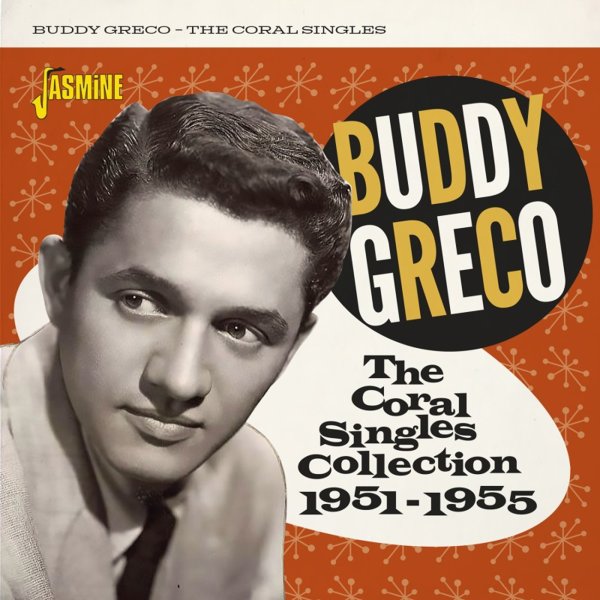 Very early work from Buddy Greco – a singer that most folks know from his loungey records of the 60s, but who steps out here in some surprisingly different material from his earliest years on vinyl! As the title implies, these cuts were all recorded for the Coral label – and they feature a number of titles that have backing by the Heathertones vocal group, mixed with material that starts to show Buddy as a stronger lead act – the latter often with arrangements by Don Costa or Dick Jacobs, in the familiar Coral mode. The work is not as jazzy as Greco in later years, and Buddy's phrasing is a bit different too – already graced with a wonderful voice, even while young – but with a style that's more familiar in some postwar chart-oriented modes. There's a great sense of variety here, and it's clear that within a few short years, Coral gave Greco plenty of chance to shine in the studio – as you'll hear on the 29 tracks that include "Don't", "Paris Loves Lovers", "Tonight", "Don't Say Goodbye", "I Predict", "You Belong To Me", "Take Me Back", "I Ran All The Way Home", "What Word Is Sweeter Than Sweetheart", and "Why Don't You Write Me".  © 1996-2022, Dusty Groove, Inc.