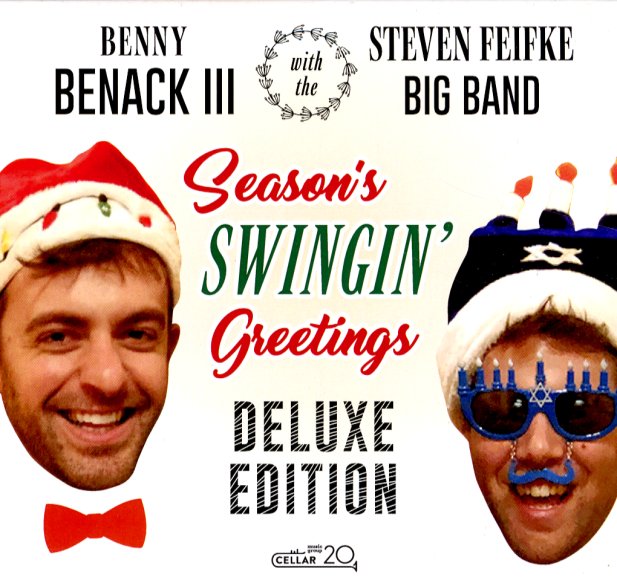 You Can't Stop The Christmas Bop Vol 2
Be Be's (Germany), 1997. Used
CD...$8.99
Includes track by the Rimshots, Rusti Steel and the Tin Tax, Ike and the Capers, Blue Tops, Barnstompers, and Jesse Al'Tuscan and the Lumberjacks. CD

Have Yourself A Jazzy Little Christmas
LML, 1999. Used
CD...$3.99
Corky Hale plays harp, piano, and celeste – with Kirk Smith on bass, and Tom Walsh on drums and percussion. CD

Christmas Songs By Sinatra
Columbia, Late 40s. Used
CD...$3.99
Frank Sinatra's first run of Christmas work – material recorded for Columbia Records in the late 40s, but quite similar to his better-known Holiday sides for Capitol in the 50s! As with that work, the style here is quite respectful of the spirit of the season – more reverent than ... CD

Christmas Spirituals
Vanguard, 1963. Used
CD...$6.99
An early album of Christmas tunes from the legendary Odetta – recorded in a very spare setting, with only acoustic bass from Bill Lee alongside her vocals and guitar! The style is extremely evocative, and really gets past the cliches of most Christmas albums – and creates a dark ... CD