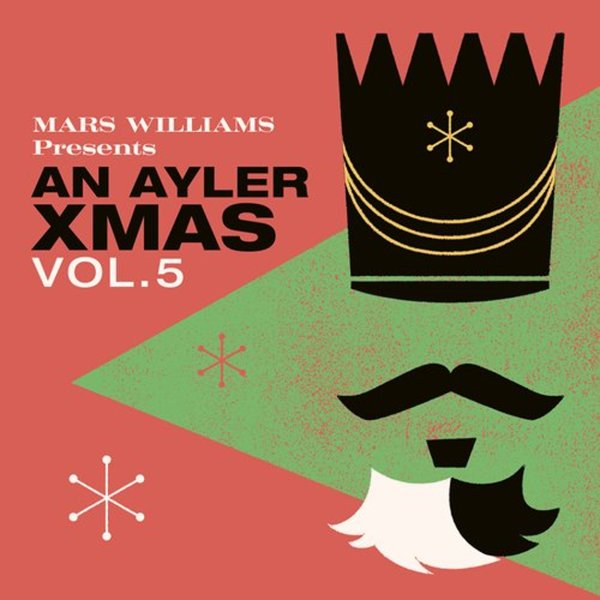 A beautiful entry in this surprisingly long-running series – a mad mix of music that happens every December, when reedman Mars Williams combines themes from Albert Ayler tunes with other snippets of festive holiday songs! But lest you think this is a standard Christmas record, think again – as the music is very freely improvised, and is much more like an album of free jazz than something you'd be likely to play around the fire with your family – unless your family happens to all be fans of improvised music! Given that Ayler was always hoping his music had the power to reach other audiences, we're thinking he'd be pleased with the project – at least as much as we are. In addition to Mars' own work on saxes, suona, and toy instruments – the group also features Josh Berman on cornet, Jim Baker on piano and viola, Peter Maunu on violin, Steve Hunt on drums, Kent Kessler on bass, and Brian Sandstrom on bass, guitar, and trumpet – on tunes that include "The Divine Peacemaker Plays Dreidel In Frightful Weather", "The Angels Sing With The Old & New Ghosts In The Manger", and "Did You Hear They Found Light In Darkness".  © 1996-2022, Dusty Groove, Inc.

Infant Eyes
Black Jazz/Real Gone, 1971. New Copy
CD...$12.99 13.99 (CD...$24.99)
An undisputed 70s soul jazz classic – and arguably the best album that Doug Carn ever cut for the Black Jazz label! The set is a masterpiece of spiritual jazz – with Carn on keyboards setting up the groove, and wife Jean singing some incredible vocals – very different than her ... CD