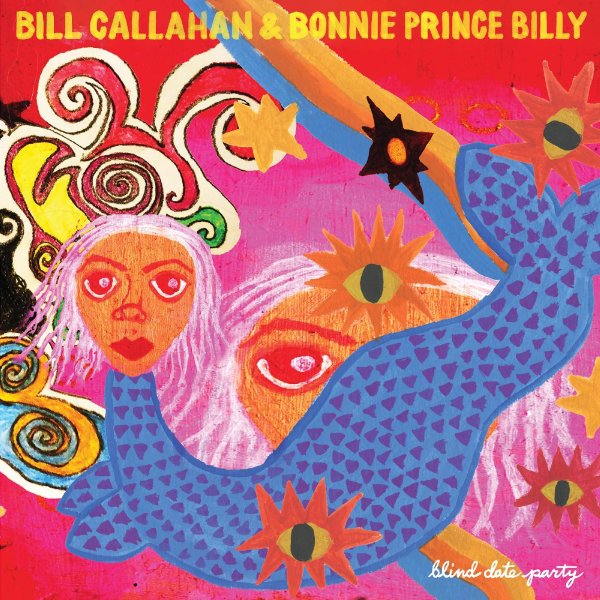 Here's a blind date we'd be happy to go on – one that not only involves the great Bill Callahan and Bonnie Prince Billy – but also opens up the door to a host of their hip friends and contemporaries! Given the warmly familiar company, there's really nothing blind about this date – think of it more like a party where you keep bumping into people you forgot you liked so much – somehow even better in the warm company provided by the hosts! The lineup features contributions from Ty Segall, David Grubbs, Emmett Kelly, Six Organs Of Admittance, Richard Bishop, Sean O'Hagan, Matt Sweeney, Azita, and others – and their presence also seems to make for some of the most charming work we've heard from Callahan and Oldham in years. Titles include "I Love You", "I've Made Up My Mind", "OD'd In Denver", "Blackness Of The Night", "Miracles", "I Want To Go To The Beach", "Night Of Santiago", "Wild Kindness", "Lost In Love", "She Is My Everything", "Sea Song", "Night Rider's Lament", and "Arise Therefore".  © 1996-2022, Dusty Groove, Inc.
(Beautiful heavy package!)

Concordance
Blue Chopsticks, 2021. New Copy
LP...$11.99 27.99
The fifth album in what's become a surprisingly strong legacy of collaboration – as musician David Grubbs works here alongside poet Susan Howe, providing piano accompaniment to her spoken words! If you know Howe's poetry at all, you'll know that it's unique in both content and structure ... LP, Vinyl record album

Motel In Saginaw (with bonus 7 inch)
Drag City/Galactic Zoo Disk, 1973. New Copy
LP...$13.99
Aurora, Illinois may never have given the world that much – but now the city can rightfully claim its place in the rock and roll cosmos – as the home of this fantastic early 70s album from Stump Water! The group have a sound that's a lot sweeter than their name – and are a trio, ... LP, Vinyl record album