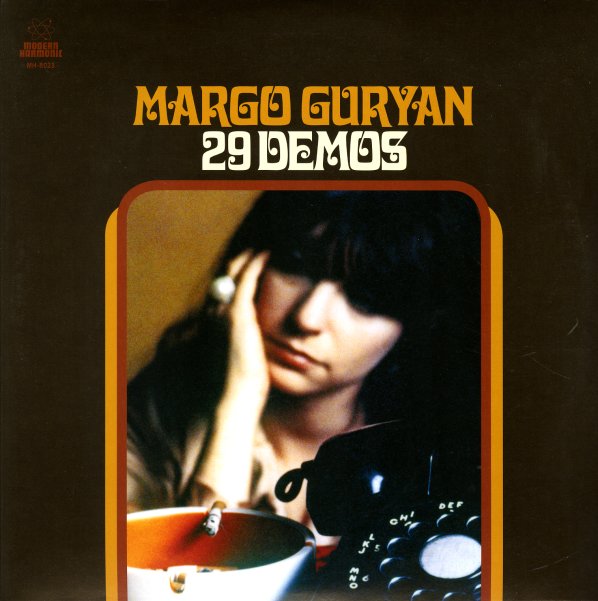 Really wonderful work from Margo Guryan – an artist who was probably known more as a songwriter than a singer – especially for her groovy late 60s pop tunes! This package is heavy on those gems – presented in these great demo takes that are nice and stripped-down – often with just a bit of rhythm and electric piano in support of Guryan's sweet vocals – which echo the modes of Claudine Longet and some of the other artists of the time who sung her music. The set's an expanded version of a previous collection, and features great work from the late 60s and early 70s – titles that include "I Don't Intend To Spend Christmas Without You", "Sun", "The 8:17 Northbound Success Merry Go Round", "Sunday Morning", "I Love", "I'd Like To See The Bad Guys Win", "California Shake", "Why Do I Cry", "Under My Umbrella", and "Timothy Gone". LP package features two tracks not issued on the CD set – and also includes a Chip Taylor demo of "Someone I Know" and Malcolm McNeill demo of "Think Of Rain".  © 1996-2022, Dusty Groove, Inc.