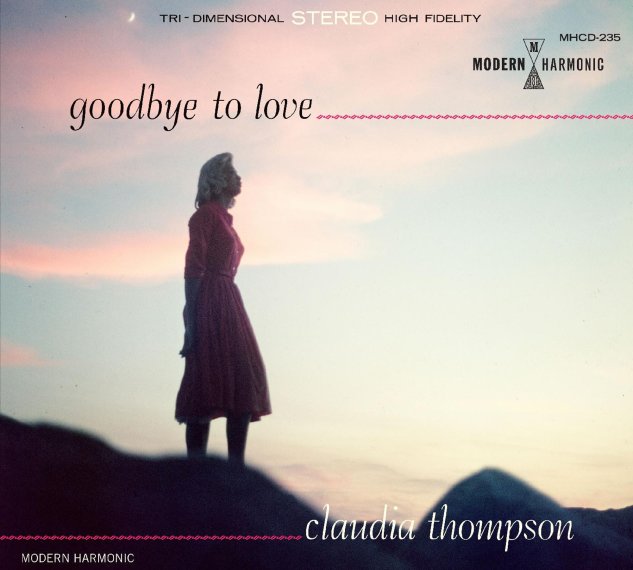 Goodbye To Love (with bonus tracks)

Spare vocals and light guitar – an approach that's quite similar to the late 50s Liberty work of Julie London – and which features vocalist Claudio Thompson singing to great accompaniment from guitarist Barney Kessel! The style here is moody and mellow – not nearly as romantic as you might guess from the cover, and with some great dark undercurrents that really help keep the album interesting throughout. As proved by his Liberty work with London, Barney's a great talent for such a date – and plays here in small groups that feature Ted Nash on flute or alto, Benny Carter on alto, Paul Smith or Arnold Ross on piano, and Red Mitchell on bass. A few tunes feature some light added horns, but a few more feature only guitar and bass – making for an especially spare and intimate sound. Titles include "I'm Through With Love", "The Morning After", "Goodbye", "You Call It Madness", "Fan Me", "I Was Yours", and "Gloomy Sunday". CD features bonus tracks – "Gloomy Sunday (7" version)" and "Goodnight My Pet".  © 1996-2022, Dusty Groove, Inc.