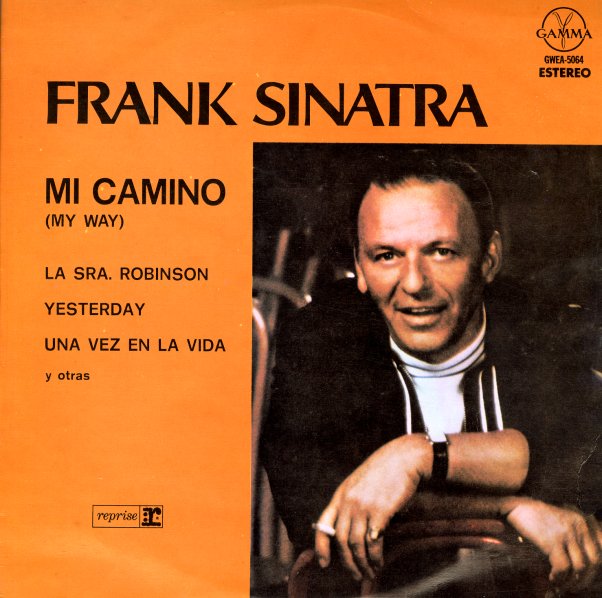 A standout late 60s set from ol' blue eyes – and a record that gave him one of the last great songs of his career! The title cut's a well-known gem, but the whole thing's pretty sweet – arranged and conducted by Don Costa, and done in that maturing masculine mode Sinatra was hitting at the end of the 60s – a bit less of the syncopated bounce you'd find in previous Reprise albums, and a relaxed, adult approach to the tunes that has Frank sliding in his own sort of way. Titles include the massive "My Way" – plus "If You Go Away", "For Once In My Life", "Watch What Happens", "Didn't We", "Yesterday", "All My Tomorrows", and "A Day In The Life Of A Fool".  © 1996-2022, Dusty Groove, Inc.
(Later Mexican pressing. Cover has some edge wear and lightly bent corners.)