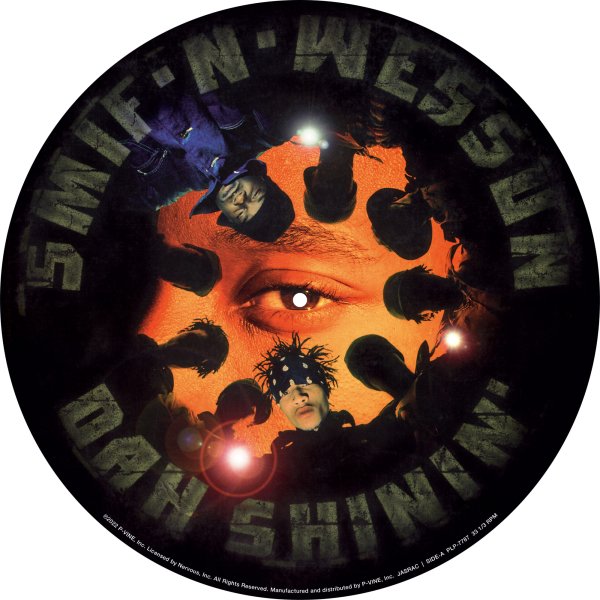 Essential 90s material from Smif N Wessun – one of those key records that was not only great in and of itself, but also as part of a larger tapestry of top shelf talents finally getting to shine in the spotlight! Previously, Smif N Wessun had shown up on Black Moon's first album – and here, they take center stage, but also give key exposure to Boot Camp Clik – in a standard-setting album that features great production from Beatminerz, who really keep things at the right level for the harder-edged lyrics of the set! The album cover is a bit of a Roy Ayers reference – and the set makes a key early use of the Ayers classic "We Live In Brooklyn" on the track "Home Sweet Home" – amidst other cuts that include "Wrekonize", "Timz N Hood Check", "Wrektime", "Wontime", "Sound Bwoy Bureill", "Shinin Next Sh*t", "Wipe Ya Mouf", "PNC", "Bucktown", and "Let's Git It On".  © 1996-2022, Dusty Groove, Inc.

Enta Da Stage (2LP pic disc pressing)
Wreck/P-Vine (Japan), 1993. New Copy 2LP (reissue)
LP...$51.99 59.99
The legendary debut of Black Moon – one of those records that was slept on by the mainstream at the time, but which has gone on to be an undeniable part of hip hop history as the years moved on! The group are part of that great second wave of young east coast talent who really set this edge, ... LP, Vinyl record album