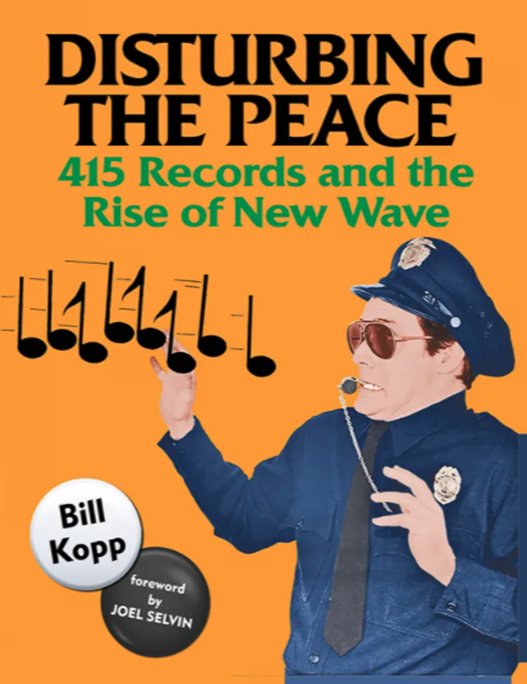 Disturbing The Peace – 415 Records & The Rise of New Wave

A tremendous look at a very cool label – one that was a key part of the San Francisco scene during the start of the 80s – and one of the city's few indies, in comparison to the wealth of record companies down in LA! The story of the label is as much the story of its founder Howie Klein – and both are told here in beautiful detail, alongside an image-heavy presentation that mixes color and black and white pictures throughout the very long book. Things begin with a look at Klein and the changing SF scene in the years when punk rock was chasing away some of the hippies – and the book then moves into a group-by-group look at all the acts who recorded for 415 Records – a few of whom broke big on the mainstream, many more who are best remembered for their records on the label. Book is softcover, 360 pages, and filled with images throughout!  © 1996-2022, Dusty Groove, Inc.