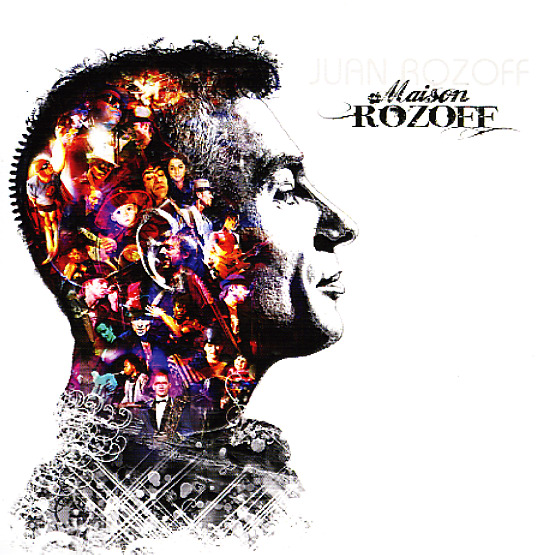 French funk from Juan Rozoff – a singer with a hell of a slinky groove! Juan's take on funk is more from the Prince generation than the James Brown one – but he definitely gets that sharp 80s sound totally right – snapping basslines and laying down beats beautifully, while singing in this rasp voice that's totally great – especially on the French language lyrics! And if anything, the French almost helps Juan sink deeper down into the grooves – at least to us non-French speakers – which makes the record an explosively funky outing, and one in which the vocals burst out just as strongly as the instrumentation. Titles include "The Mack", "J'Ai Envie De Te", "La Cible", "Sea Star", "You", "On Veut Tout", and "No Limits".  © 1996-2023, Dusty Groove, Inc.

Cali Fever
Ubiquity, 2010. Used
CD...$7.99
Orgone's second full length for Ubiquity and it's a monster – taking a rough, rugged, and uber soulful live funk vibe into a deeper and even livelier realm! The group's sound is more finely honed from a couple of years of hard touring – and it's paid off wonderfully. The sound is more ... CD

What Goes Around Comes Around
Record Kicks (Italy), 2010. Used
CD...$4.99
We knew from the moment we dropped the needle on the lead off funky 45 "B-O-O-G-A-L-O-O" that the next Diplomats Of Solid Sound album was going to be stormer – and it sure is! By our count, this is The Diplomats' fifth album – veterans of the modern funk underground – ... CD

Soul Shaker Vol 5 – The Explosive Sound Of Today's Deep Funk & Soul Scene
Record Kicks (Italy), 2008. Used
CD...$11.99
Plenty of soul, and plenty of shaking – a hip collection of contemporary funk and soul, all of it served up with a very classic groove! The work here is mostly new, but it echoes the best sounds of the 60s and 70s – those wonderful years for soul music that are being revived strongly ... CD

Soul Time
Daptone, 2011. Used
CD...$7.99 (LP...$15.99)
Damn damn damn – maybe the funkiest album ever from Sharon Jones and The Dap Kings! The group have always been great, but there's something here that goes even farther than usual – an especially funky snap on the drums at the bottom, even on more laidback tunes – and a stone ... CD

Get Organized (Japanese pressing)
Urban/Polydor (Japan), 1989. Used
CD...$7.99
Wonderful early work from the great James Taylor Quartet – a killer UK group that emerged out of the London mod and acid jazz scenes of the 80s, then went onto become a monstrously talented funk group in their own right! Taylor's smoking Hammond leads the session, stepping out in some strong ... CD

Get Organized (Japanese pressing)
Urban/Polydor (Japan), 1989. Used
CD...$7.99
Wonderful early work from the great James Taylor Quartet – a killer UK group that emerged out of the London mod and acid jazz scenes of the 80s, then went onto become a monstrously talented funk group in their own right! Taylor's smoking Hammond leads the session, stepping out in some strong ... CD

Tru Thoughts Funk
Tru Thoughts (UK), 2000s. Used
CD...$6.99
Some of the funkiest cuts from the Tru Thoughts catalog – floor shaking soul and funk from Quantic Soul Orchestra, The Bamboos, Alice Russell, TM Juke, Natural Self, Nostalgia 77 and others! A core connective tissue of funkiness holds together an eclectic batch of tunes from the best and ... CD

III
Telarc, 2006. Used
CD...$9.99
One of the most straightforward groovers we've ever heard from drummer Stanton Moore – a set that's tight and soulful, and which comes across more like classic soul jazz than some of his more jamming work from earlier years! The core lineup includes Moore on drums, Robert Walter on Hammond, ... CD

In Plain Sight
ATO, 2021. Used
CD...$4.99 6.99
A pretty amazing step forward for Neal Francis – a singer whose debut felt as if it were steeped in all the best influences from the southern soul and rock scene of the early 70s – and who now finds a way of pulling all those elements into a mode that bristles with stardom from the very ... CD

Breaksy
Wide Hive, 2021. Used
CD...$4.99 (LP...$12.99)
A great little record that really goes back to the early days of the Wide Hive label – the time when the company emerged as a hotbed of Cali funk, and was less of the jazz imprint it is today! Jake delivers plenty of breaks here on drums – and also turns in a bit of turntable work too ... CD