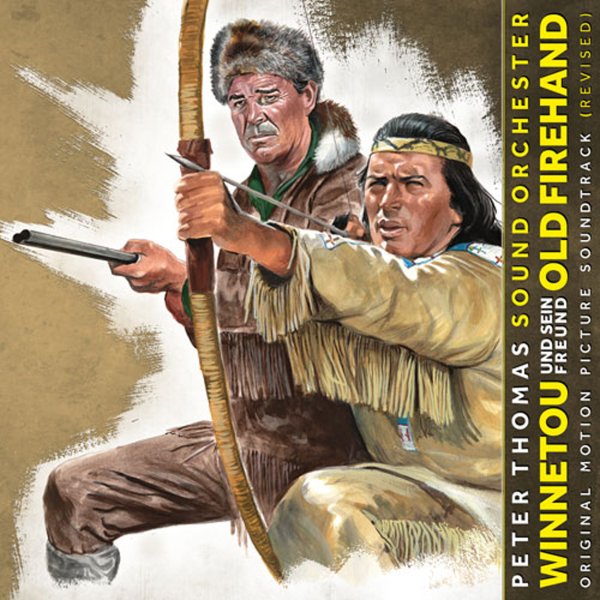 Winnetou & Old Firehand (Thunder At The Border) (with bonus tracks)

The great Peter Thomas has scored some amazing German films and TV shows over the years – crime stories, sci fi, and lots lots more – including a lesser-known stab at western soundtrack work with material like this! The music here is very different than Italian western scores of the same period – fuller, and done with heavier orchestrations – mostly shorter numbers that explode with a sense of drama and color, but which also have that great ear for offbeat sounds that can make Peter Thomas so great – a way of throwing in an odd woodwind or percussion moment next to some more familiar strings, and somehow making things sound nice and weird in the process! This expanded version features the full soundtrack – a total of 42 tracks in all – with most cuts running from 30 seconds to two minutes in length. CD features a few bonus tracks – including one that has Peter Thomas at the piano, running through some of the material!  © 1996-2022, Dusty Groove, Inc.

Sam Spence – Our Man In Munich – 22 Groovy TV & Movie Themes From 1969 to 1984
All Score Media (Germany), 1970s/Early 80s. New Copy
CD...$6.99
Wonderfully groovy film and TV work from Sam Spence – a lesser-known American maestro from the 70s, represented here by some great work done in Germany, as well as recordings done here for the NFL! Sam's got a great way of bringing together jazzy backings and funkier undercurrents – in ... CD