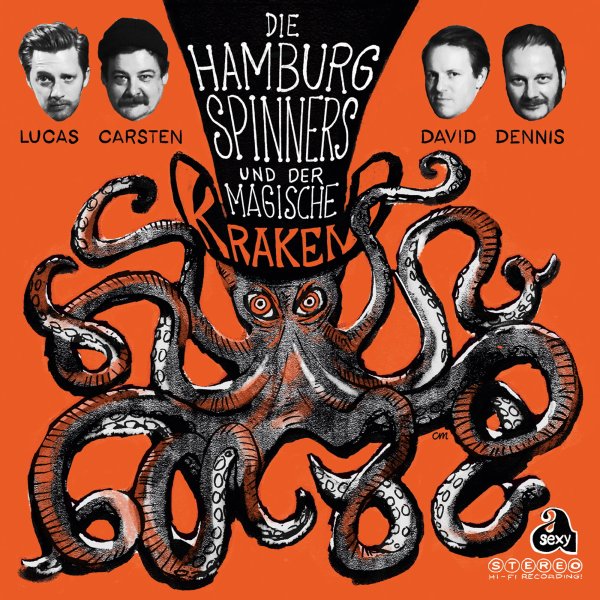 A goofy name, a goofy cover, but some mighty groovy music – served up with a sweet small combo sound that's heavy on really great organ lines! The Hamburg Spinners are plenty funky, but also aren't out to be the most hard-hitting funk act in the world – as they instead lay back, and let space come into their sounds in all the right ways – using the organ in a lean style that recalls Booker T during his early Stax Records years, mixed with equally well-crafted guitar, bass, and drums in the rhythms! Yet these guys aren't going for a slavish Memphis mode either, as the rhythms and overall execution also maybe seem a bit more like the use of a sweet organ combo in an Italian or British soundtrack of the 60s – with these wonderfully warm melodies that are totally great. Titles include "Jeanskutter", "Klar Zur Wende", "Die Grosse Flaute", "Captain Flamingo", "Windjammer Ahoi", "Durch Meer Der Quallen", and "Grottenrally".  © 1996-2022, Dusty Groove, Inc.