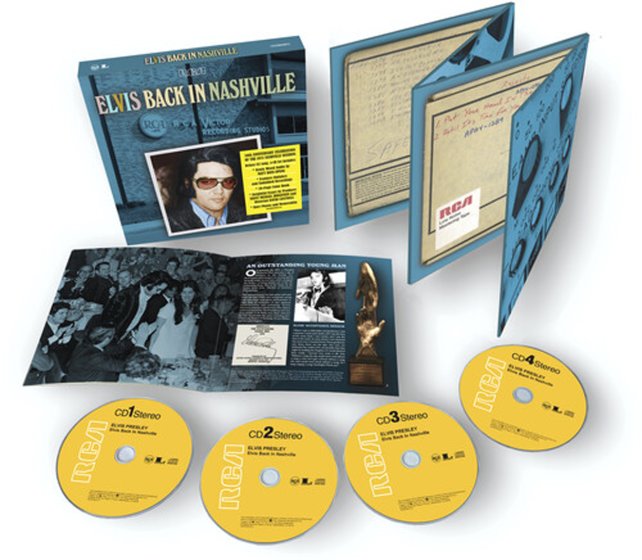 Back In Nashville (4CD set)

A really special look at the genius of Elvis Presley in the studio – presented here on a set of recordings from a famous 1971 return trip to the studio in Nashville, with material that later came out on a few different records, but expanded here greatly by all sorts of unreleased tracks, and other studio work that's really wonderful! Presley works here alongside some of the top session players that also graced his famous Nashville series of recordings in 1970 – and the presentation of the material is wonderful – at a level that not just lets you hear that amazing Elvis voice without much other production in the way, but also shares the care and charm that Presley had when putting together a record – and his great way of collaborating with the musicians who made these sides so great. There's a wealth of tracks here – 82 titles in all, some quite long – with a mix of material that includes pop, country, religious, and even Christmas tunes. The package features a 7" box set, with 4CDs, rare photos, and a 28 page booklet of notes and other details!  © 1996-2021, Dusty Groove, Inc.