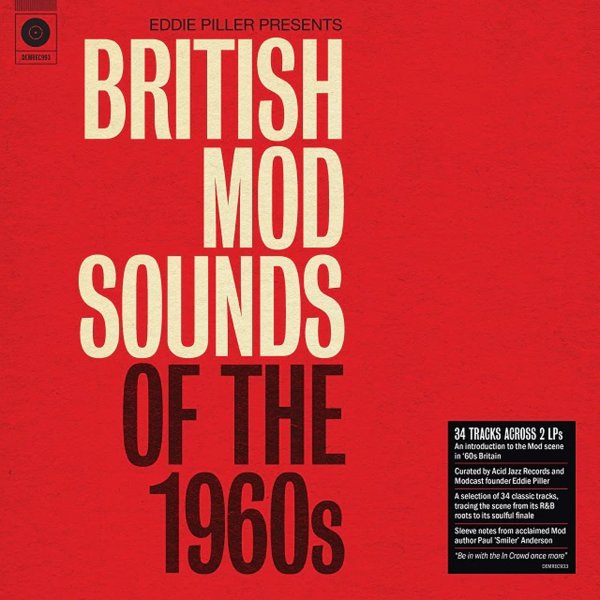 There's few folks who know the British mod scene better than Eddie Piller – as the DJ and head of Acid Jazz records has done plenty in recent decades to both give exposure to older British groups who never got their due, and also help some contemporary mod combos get the exposure they deserve! Yet here, Eddie's going way back to the roots – to present a set of tracks that really gets at the full scope of musical genius that exploded on the British scene in the mid 60s – not music that us Americans were digging in the Brit Invasion, but grittier groups who were drawing heavily from soul, jazz, and R&B – and really setting the scene for all the musical changes that were beginning to take place in England. At some level, this might be the first moment where British groups really started to diverge from American rockers – something you can definitely hear in the way the rhythms, vocals, and instrumentation come together – superbly directed through Piller's great choice of material. 2LP set features a whopping 34 tracks in all – with work from Sharon Tandy, The Eyes, Carnaby, The Creation, Birds, Fleur De Lys, Syndicats, Wynder K Frog, Bluesology, Love Affair, PP Arnold, Apostolic Intervention, Alan Bown Set, The Quik, John Mayall & The Bluesbreakers, Georgie Fame, Small Faces, High Numbers, Artwoods, Geno Washington & The Ram Jam Band, Richard Kent Style, Dusty Springfield, The Organisers, Tony & Tandy, and Jimmy James & The Vagabonds. Sleeve notes from mod author Paul Anderson!  © 1996-2022, Dusty Groove, Inc.

Mummer (200 gram pressing)
Virgin/Panegyric (UK), 1982. New Copy (reissue)
LP...$29.99 34.99
A really beautiful record from XTC – one that seemed to unlock a slightly deeper spirit in the songwriting of Andy Partridge, and which also introduced some vaguely pastoral elements the group never had at the start! The style here is a bit hard to describe easily – still as catchy as ... LP, Vinyl record album