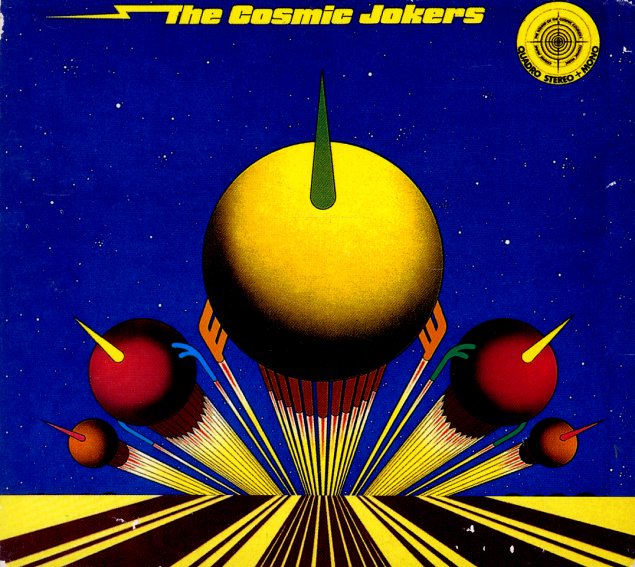 The seminal debut of The Cosmic Jokers – a Krautrock supergroup who really offer up a genre-setting standard with the work on the set! Each track takes up a full side of the record – spun out by the spacious electric talents of Manuel Gottsching, Dieter Dierks, Klaus Schulze, Harald Grosskopf, and Jurgen Dollase – often with a sound that's much leaner than you might expect, which is what makes the record so amazing! These guys are almost an antidote to the heavy jamming of the prog scene – as instead of sounding like a quintet really blowing the roof off the studio, they work this kind of alchemy with their instruments, slowly shifting sound and style in ways that are still as mindblowing now as they were back in 1973. The set features two long tracks – "Galactic Joke" and "Cosmic Joy".  © 1996-2022, Dusty Groove, Inc.