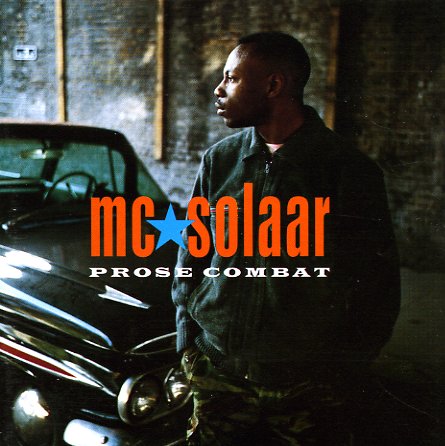 Maybe the crowning moment on record of the mighty McSolaar – certainly the first French MC to conquer the global world of hip hop, and also maybe one of the first non-American artists to show that other languages could work equally well with the music! The production here is every bit as great as Solaar's lyrics – handled by Jimmy Jay and La Funk Mob, the latter of whom you might know from albums of their own – definitely pioneering European talents in taking the best US modes of the early 90s, and mixing them with a fresher array of beats and samples! Titles include "Obsolete", "Dix De Mes Disciples", "La Fin Justifie Les Moyens", "Sequelles", "Prose Combat", "Nouveau Western", "Superstarr", and "Temps Mort".  © 1996-2022, Dusty Groove, Inc.