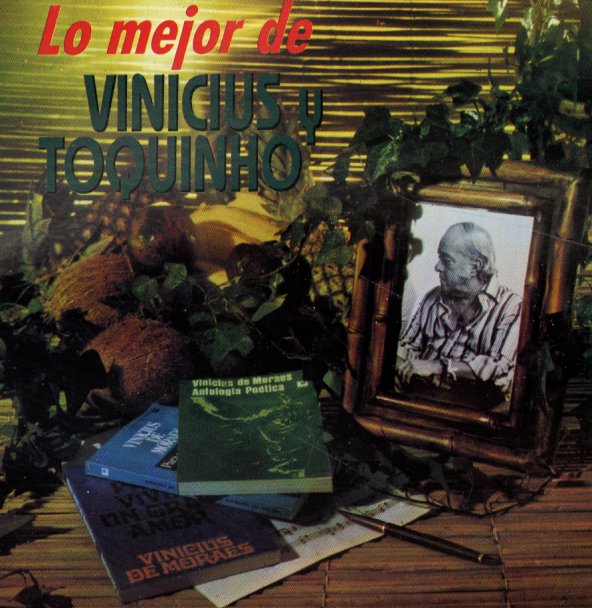 Tecnicolor (Brazilian pressing)
Philips (Brazil), 1970. Used
CD...$12.99
A legendary album! This previously unreleased album by Os Mutantes was supposed to be their breakthrough album to an English speaking market – but for years it's only been talked about in hushed whispers, and has only been heard by a lucky few! The record was recorded in Paris in 1970 ... CD

Voce Ainda Nao Ouviu Nada
Philips (Japan), 1964. Used
CD...$24.99
Early bossa jazz from Sergio Mendes – recorded with his famous Bossa Rio combo, in the years before he moved to America! The album's a classic in Brazilian jazz – a tight album of bossa-inflected jazz tunes played with razor-sharp precision, handled with a style that went on to ... CD

Jorge Ben (1969)
Philips/Dusty Groove, 1969. Used
CD...$14.99
A samba soul masterpiece from Jorge Ben – one of the most brilliant records to come out the fertile late 60s Brazilian scene – and an incredible album that works with the psychedelic flourishes of Ben's contemporaries and a deeper undercurrent of soul & funk! This is one of the ... CD

Doris Monteiro (1970)
EMI/Odeon (Brazil), 1970. Used
CD...$24.99
Beautiful work from the lovely Doris Monteiro! Doris has a voice that sounds a lot like some of the big Brazilian divas of the early 60s – but she's recording here in a style that's slightly more modern and groovy – although still filled with a lot of influences from the early bossa ... CD