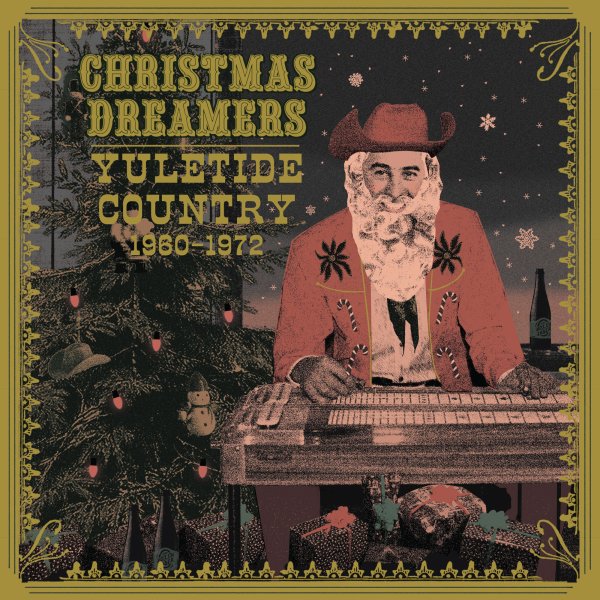 A really cool collection of Christmas country songs – one that digs much deeper than some of the familiar Nashville classics, as all the work here is from a variety of small labels from around the country! Most of these tracks are original tunes, mixed in with just a few remakes – and the production is usually nicely stripped-down, with a feel that's often more like the spare sound of some of the postwar hillbilly records, but maybe tuned towards themes that have a bit more of a 60s vibe overall. As with most great Christmas records, there's a nice current of melancholy here too – served up on tunes that include "Santa Claus Won't Come This Year" by Charlie Stewart, "Make This A Good Christmas" by Joyce Street, "Rock & Roll Christmas" by The Caravans, "All I Want For Christmas Is A Go Go Girl" by Ben Hinds, "When Santa Comes" by Don McGinnis & The Cactus Cutups, "What Would Santa Claus Think" by Billy Egr with Bobby Van & The Swinging Kids, "Christmas Come Back To Me" by Glenn Brookshire, and "Santa Claus Ain't A Hippie" by Charlie Stewart.  © 1996-2022, Dusty Groove, Inc.

Very Chilly Christmas (180 gram pressing)
Fontana, 2021. New Copy
LP...$20.99 23.99 (CD...$11.99)
A surprisingly straightforward Christmas album from Chilly Gonzales – one that features spare piano on most of the tracks, usually handled with this really moody vibe that really gets the complicated spirit of the holiday right! It's as if Chilly knows that the season can be as sad for some ... LP, Vinyl record album

Merry Christmas Love
Disney, 2022. New Copy
LP...$21.99 24.99
Joss Stone has given us some very soulful records over the years, and she continues that approach here – serving up a set of familiar holiday tunes with a style that's almost more traditional at times! Backings are handled by Tim Lauer, and have a solo piano amidst larger orchestrations ... LP, Vinyl record album

Christmas Jollies (red vinyl pressing)
Salsoul, 1976. New Copy (reissue)
LP...$23.99 24.99 (LP...$3.99)
Philly classics for the Holidays! The legendary Christmas Jollies set by the Salsoul Orchestra was one of the label's biggest-selling albums – originally recorded in 1976, and pressed again and again over the years – and eventually remixed even stronger in the early 90s. Vince Montana ... LP, Vinyl record album