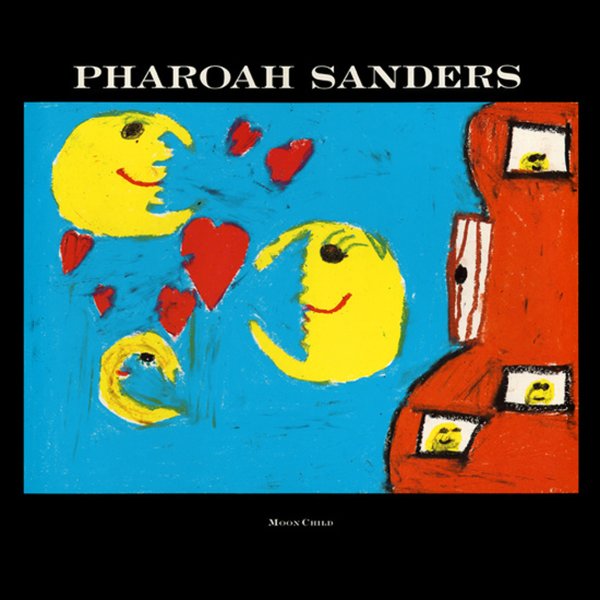 Beautiful late 80s work from Pharoah – a wonderfully uncomplicated session that still has a great degree of soul! The album was recorded in Paris, with a quintet that includes William Henderson on acoustic piano, Stafford James on bass, Eddie Moore on drums, and Cheikh Tidiane Fale on percussion – and the overall approach is a bit more straight ahead than on some of Sanders' other albums – but in a really great way! The tunes are long and introspective – all done with spiritual rhythmic approaches, letting Pharoah open up on tenor and soprano sax – but never in a way that's overblown or overdone. The solos are perfectly placed – with wonderful phrasing and tone, rich in the colors that we've always loved on Sanders' work, but which can sometimes get lost in the confusion of an over-ambitious session. Titles include "Moon Child", "Moon Rays", "Soon", "Moniebah", and "The Night Has A Thousand Eyes".  © 1996-2022, Dusty Groove, Inc.
(180 gram pressing with insert & heavy cardboard sleeve with linen, laminate finish. Limited to 1000 copies.)

Blk2Life – A Future Past (180 gram pressing)
Okeh/Music On Vinyl (Netherlands), 2021. New Copy 2LP Gatefold
LP...$36.99 38.99 (CD...$13.99)
Wonderfully righteous work from trumpeter Theo Croker – and a set that's really got the sort of majesty you might expect from the cover! Theo's never been a straight jazz artist on other records – but here, he really ups his game on the cosmic soul front – mixing in guest vocals ... LP, Vinyl record album