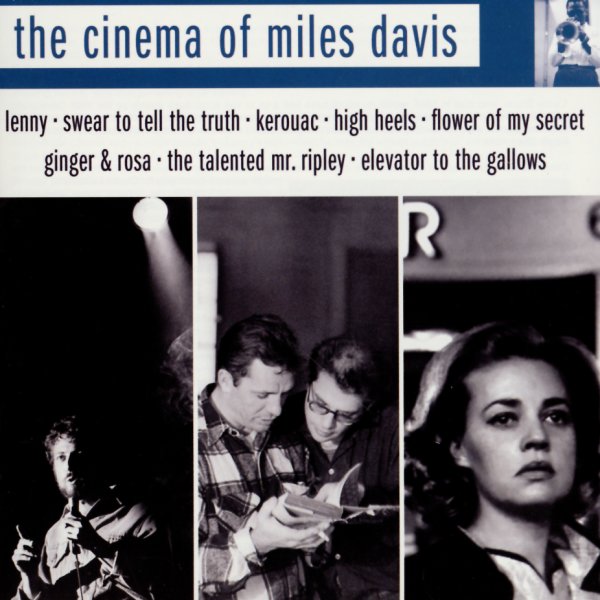 A compelling exploration into the use of the music of Miles Davis in film – one that begins with a famous French soundtrack from the new wave generation, then moves onto vintage Miles tunes that were used in other movies over the years! The core of the record features Davis' score to the 1957 film Ascenseur Pour L'Echafaud – one of our favorite-ever Miles Davis albums – and a stunning soundtrack that began a rich legacy of jazz scores in France! Miles recorded this material during late-night post-gig sessions with a great group that includes French players Barney Wilen, Rene Urtreger, and Pierre Michelot, plus American ex-patriot Kenny Clarke. Wilen's playing is fantastic, and it's great to hear him and Miles together on the score's spooky meandering passages. Alongside that body of work, the CD also features Davis songs that were used in a variety of films from the 70s onward – tracks that weren't written for the films, but which had strong use in movies that include Lenny, Kerouac, Tacones Lejanos, Ginger & Rosa, Talented Mr Ripley, and La Flor De Mi Secreto. These titles include "Saeta", "Blue Haze", "Tempus Fugit", "Well You Needn't", "It Never Entered My Mind", "Nature Boy", "Solea", and "Blue In Green". Also features a selection each by Lenny Bruce and Jack Kerouac!  © 1996-2022, Dusty Groove, Inc.