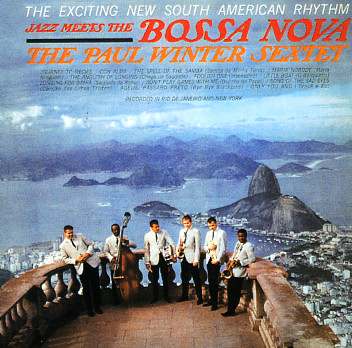 Paul Winter's classic sextet is recorded here in both Rio and New York – one of three different sessions that Winter cut for Columbia in the 60s – all records that explore his own love of the bossa at a time when it was coincidentally very good business to be doing so! Tracks are light and groovy, with some slightly modern touches – and although the vibe is definitely a Brazilian one, the sound actually seems to benefit most from the slightly modern styles of the Winter group – used here to bring a bit more of an edge into some of the numbers! Titles include "Con Alma", "Little Boat", "Only You & I", "Adeus, Passaro Preto", and "Foolish One".  © 1996-2020, Dusty Groove, Inc.
(Columbia Special Products pressing. Cover has a sticker.)