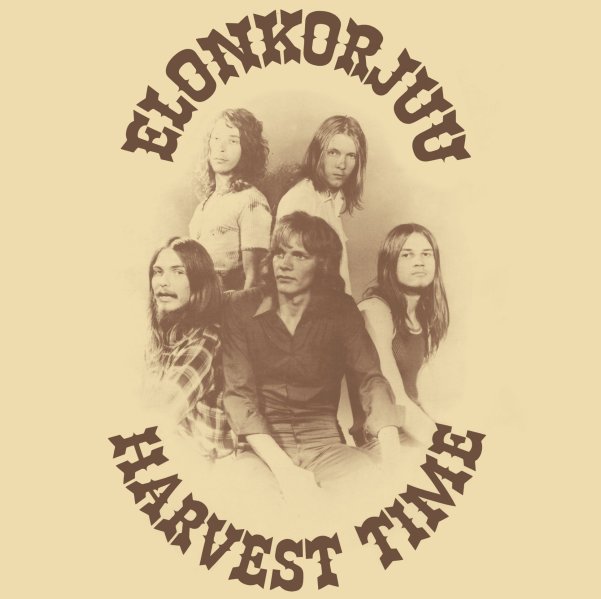 A massive harvest of sound from this fantastic Finnish group – a set recorded at the start of the 70s, and an album that set the stage for so many other Finnish hard rock giants to come! Lyrics are in English, and sung with this really great edge – one that cuts even more strongly on top of the band's impeccable instrumentation as they soar through the album's well-crafted songs – a performance that was supposedly captured on a single day in the studio, which makes the quality of the work even that much more impressive! There's plenty of great organ lines in the mix, too – often played with a similar intensity to the guitars – and titles include "Old Man's Dream", "The Ocean Song", "Unfeeling", "Swords", "Future", "Praise To Our Basement", and "A Little Rocket Song".  © 1996-2022, Dusty Groove, Inc.

Dark Album (pink vinyl pressing – with bonus tracks)
Love/Svart (Finland), 1977. New Copy 2LP Gatefold (reissue)
LP...$19.99
Wigwam maybe look a bit more like global rock stars on the cover here than on some of their previous albums, but they're still the same group we know and love – really honing their craft on this mid 70s set that preceded a breakup of the group! The group have an even more refined ear for a ... LP, Vinyl record album

Lucky Golden Strips & Starpose (purple vinyl pressing – with bonus tracks)
Love/Svart (Finland), 1976. New Copy 2LP Gatefold
LP...$19.99
A killer set from Wigwam – a later record by the group, and one that didn't get as much global play as their first few albums – but one that really shows the group really honing their sound in a wonderful way! Like some of the best of their Finnish scene, Wigwam really draw a lot from ... LP, Vinyl record album

Kraftwerk – Remixes (3LP set)
Parlophone, 2022. New Copy 3LP
LP...$58.99 59.99 (CD)
A great combination of remixes old and new – a set that features some of the 12" single remixes of Kraftwerk tracks from the early 80s onward, plus some new mixes by the group themselves – more than enough to make the album a great testament to their electronic genius, and the ... LP, Vinyl record album