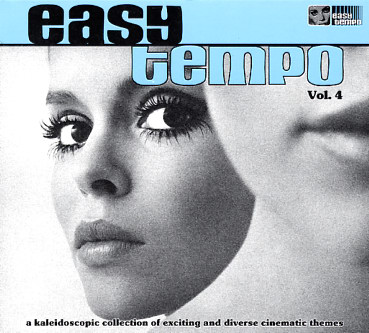 Soundtrack funk doesn't get any better than this – thanks to a head-expanding of tracks from the Italian scene of the 60s and 70s – served up with the usual ear for a great cut by the folks at Easy Tempo! The groove here is far from the "easy" you might expect – and most numbers have tight drums, funky basslines, and other heavy elements – all put together with an approach to the music that's far different than anything happening in the US at the time, especially in the way the instruments sound in the end – and in the way that the production techniques make them do really crazy things! Titles include "Parangua" by Luiz Bacalov, "Flirt a Rio" by Piero Umiliani, "Side Sleep" by Berto Pisano, "Little Shakie Girl" by Armando Trovajoli, "Tremendous Stars" by Piero Piccioni, "Under Drama" by Giancarlo Gazzani, "Realta No 5" by Stelvio Cipriani, "So" by Lara Saint Paul, "Israelites" by Capuano, and "Citta Viva" by Ennio Morricone.  © 1996-2022, Dusty Groove, Inc.
(Newly remastered edition!)