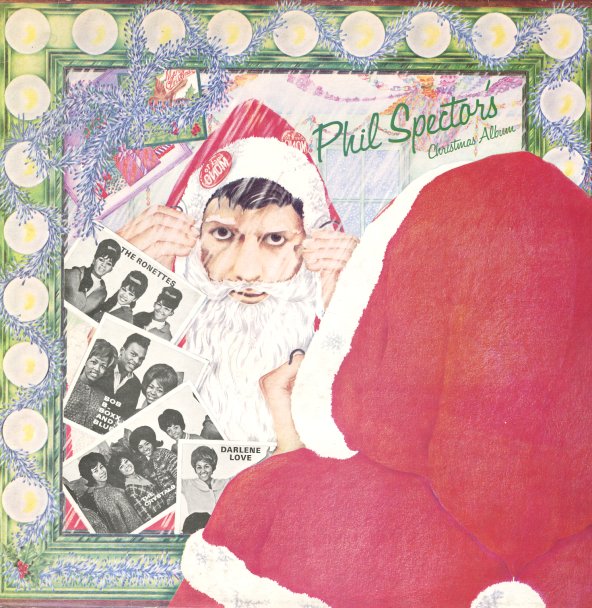 Phil Spector's classic Christmas album – a swirling delight of 60s pop and soul numbers, still one of the greatest full Christmas LPs ever recorded! The whole thing is wonderful – a mix of soul, rock, and pop – all produced with that classic "wall of sound" style that made Phil Spector such an early production genius in the 60s! The music is from those magical times when boundary-busting art and craft were mixed perfectly with pop styles that anyone could instantly fall in love with – and titles include "Frosty The Snowman" by The Ronettes, "Here Comes Santa Claus" by Bob B Soxx & The Blue Jeans, "Marshmallow World" by Darlene Love, "Sleigh Ride" by The Ronnettes, "Winter Wonderland" by Darlene Love, "Santa Claus Is Comin To Town" by The Crystals, and "Silent Night" by Phil and other artists on the set!  © 1996-2021, Dusty Groove, Inc.
(70s blue vinyl mono pressing.)