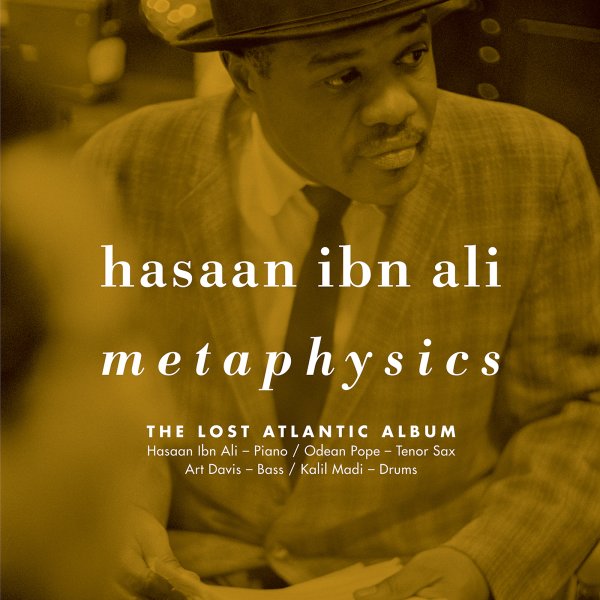 A lost jazz treasure from one of the most enigmatic pianists of the 60s – the legendary Hasaan, who recorded famously with Max Roach on Atlantic Records, but who also left behind this rare session that's never seen the light of day until now! Hasaan hails from Philly, where he was a player who'd made huge waves in that city, with a technique that rivaled the modernism of Elmo Hope or Herbie Nichols – but a musician who rarely ever got exposure outside of the city, which is what makes this album so essential! Even more essential is the fact that the set features work from a very young Odean Pope on tenor – really sounding tremendous here next to Hasaan – maybe the Charlie Rouse to his Thelonious Monk, although both musicians work in territory that's even more mindblowing! All titles here are originals by Ali, filled with all these amazing changes and angles – driven forth even more strongly by the work of Art Davis on bass and Kali Madi on drums – on tunes that include "True Train", "Richard May Love Give Powell", "Atlantic Ones", "Viceroy", "El Hasaan", "Epitome", and "Metaphysics". Album also features three shorter alternates of titles on the record.  © 1996-2022, Dusty Groove, Inc.
(Penmark through barcode.)

Modern American Music – Period – The Criteria Tapes
Omnivore, 1974. Used
CD...$12.99
Some of the earliest work ever from Jaco Pastorius – rare demo recordings, issued in this format for the first time ever – filled to the brim with the kind of groundbreaking basswork that Jaco helped pioneer! Many tracks are relatively spare, and really give you a great chance to hear ... CD