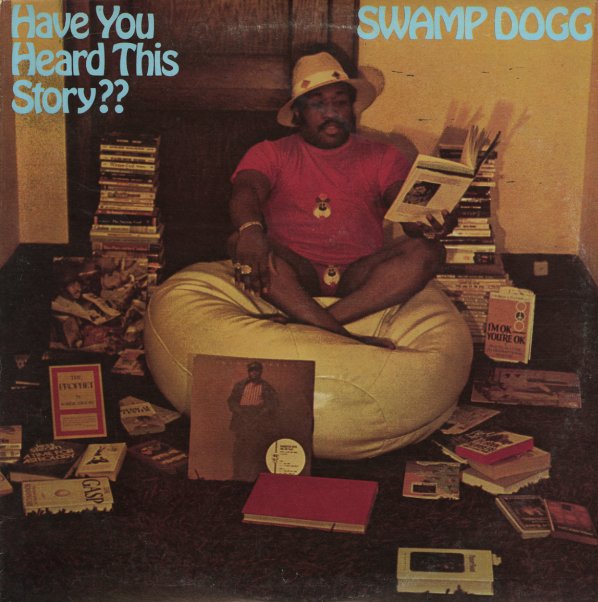 Have You Heard This Story (green vinyl pressing)

Swamp Dogg on Island Records – still recording in the early 70s, but already part of the surprisingly long legacy for the alter ego of southern soul giant Jerry Williams! Williams works here with a great core band that features guitar from Travis Wammack – in a style that's a bit funky, but which mixes in some bluesy elements with deep soul – moving between tunes that have some of Swamp's heavier politics, and others with a bit more of a down home vibe. There's a few nice southern soul moments – thanks to production at Broadway Studios, in Sheffield, Alabama – and titles include "God Ain't Blessing America", "When He Was No One", "I Wanna Lifetime Of Loving You", "I Wouldn't Leave Here To Go To Heaven", "Chewed UP Grass", and "The Mind Does The Dancing While The Body Pulls The Strings".  © 1996-2022, Dusty Groove, Inc.
(Limited edition pressing on clear green vinyl!)