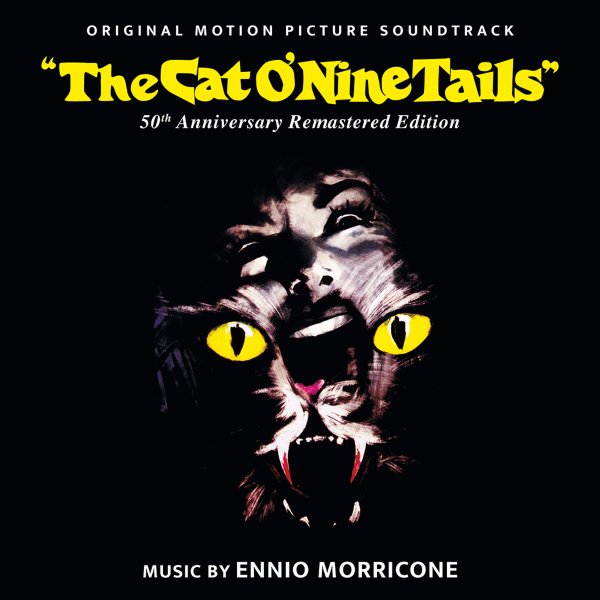 A very spooky score for this film that's also known in America as "The Cat With Nine Tails" – the second collaboration between Ennio Morricone and noted horror director Dario Argento! The album's a bit different than some of Morricone's other work on horror films – and at times, it almost has qualities that sound more like a western – a spacious mix of light strings and more sparely focused instrumentation – sometimes a bassline, sometimes a bit of flute. Other numbers get a bit more dark and jagged – slightly atonal, with shimmering, shifting styles that create a tremendous amount of tension! Titles include "Paranoia Prima", "1970", "Sottintesi", "Ninna Nanna In Blu", "Placcaggio", and "Metafora Finale". This CD version is the best so far – great sound, impeccable production, and a total of 17 tracks that include rare singles, alternates, and an 8 minute suite!  © 1996-2021, Dusty Groove, Inc.
(Brand new 2021 remastered edition – limited to 500 copies!)