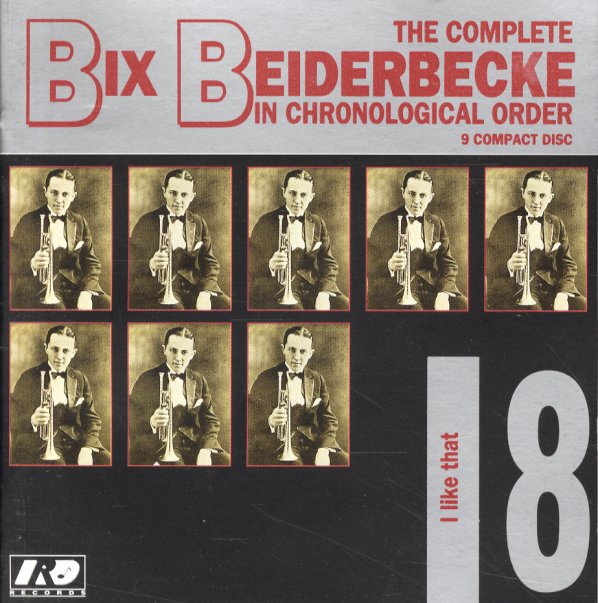 Complete Bix Beiderbecke in Chronological Order – Vol 8 – I Like That

With 22 tracks and includes vocals by Bing Crosby.

EEwAP&JB+3(10)
Hatology (Switzerland), 2004. Used Gatefold
CD...$6.99
The title might give you some hint of the feel of the set – as it's got a relatively complex quality, one that definitely fits its naming with a difficult formula – although the music itself is anything by formulaic! The group's headed by tenorist Ellery Eskelin, and features a round ... CD