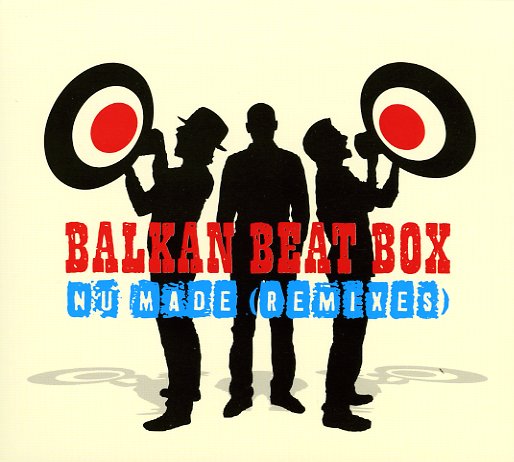 Balkan Beats galore – a sweet set of remixes handled by Nickodemus, Dub Gabriel, and others – all in a mode that follows strongly in the spirit and strengths of the originals! As with the core BBB grooves, the rhythms here are pretty contemporary, but the instrumentation carries echoes of older European modes – and the blend often seems to draw from other world styles, especially in the beats – hints of baile funk, dancehall, dub, and other bottom-heavy sounds. Titles include "Adir Adirim (Nickodemus rmx)", "Digital Monkey (Soulico rmx)", "Habibi Min Zaman (BBB rmx)", "Joro Boro (BBB rmx)", "Delancey (Stefano Miele Balkan carnival rmx)", "Ramallah Tel Aviv", and "Pachima (UBK rmx)".  © 1996-2021, Dusty Groove, Inc.
(Penmark through barcode.)