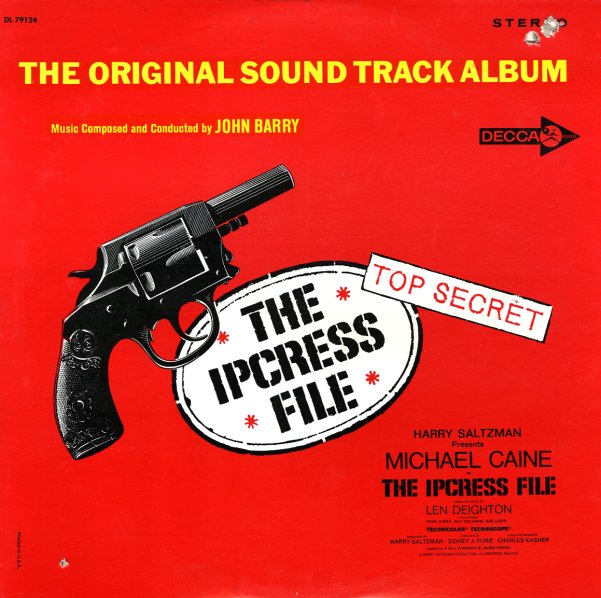 One of the greatest soundtracks ever from the great John Barry – a set of tracks that echoes some of his famous modes from James Bond films, yet also has a unique quality all its own! Barry's got a strongly jazzy sensibility here – and spaces out some great instrumentation with the same sensibilities used in the equally great music for The Knack! Staff aren't listed, but there's clearly some great Brit jazz players in the lineup – given the record's key use of vibes and tenor solos – as well as this very cool slow-plucked guitar with a noisy, echoey quality. The sound is brilliant – everything you'd hope for in the best 60s soundtracks – and titles include "The Ipcress File", "Alone In Three Quarter Time", "A Man Alone", "If You're Not Clean I'll Kill You", "Goodbye Harry", and "Alone Blues".  © 1996-2021, Dusty Groove, Inc.
(Maroon label stereo pressing. Cover has some ringwear, heavy edge wear, half split seams, and some aging.)